May 14, 2019 2 By Christian Gutierrez and Priscilla Gutierrez

One of the countries that lacked visit Europe, Portugal was, so we decided to make a screenplay by Northern Portugal to the south of the country, by car, during 9 days rolled over 2.000 KM and we visited over 15 cities.

Our trip started by Port in northern Portugal, arrived by plane and stayed two days in the city, on the third day we rented a car to start the car part of the trip, on that day we took the car in Oporto, We did not catch the car on the first day because it was not necessary to get to know the city of Porto, then just took the day we left the city.

On the third day was a day of visiting several cities sleepless them, We started by Coimbra, Fatima, Battle, Alcobaça, Obidos and Nazare, these towns are small and do not have sooooo many tourist attractions to know, clear that if we had more days we could stay longer, perhaps in Coimbra. At the end of the third day we arrived at night in Lisbon, where we stayed 3 days.

Lisbon made from base to see beyond the city itself, others are next, as Sintra, Azenha de Mar, Cabo da Roca and Cascais.

In the next 3 days and we were in the region of beaches in Portugal, known as Algarve, where the most beautiful beaches of Portugal, There did base in the town of Armacao de Pera. 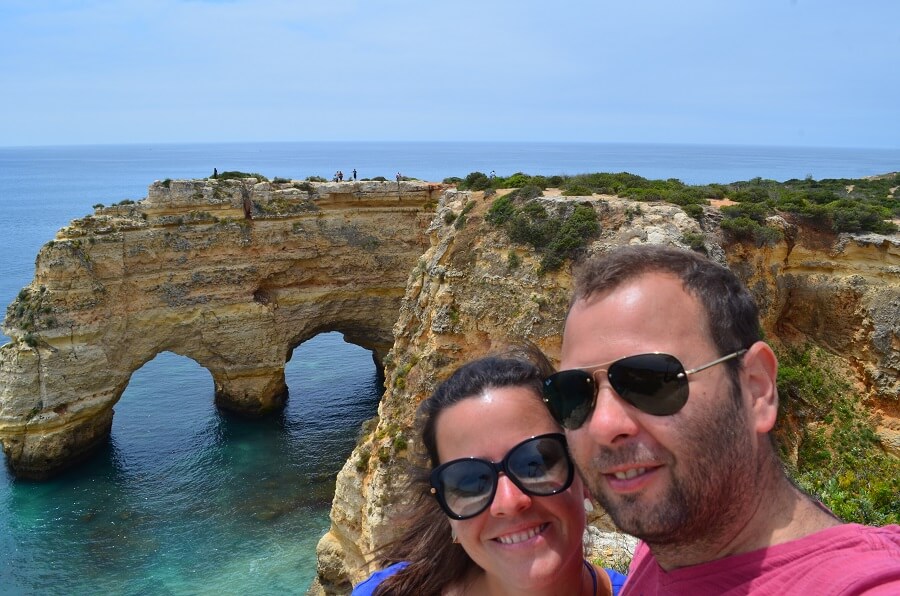 On the last day already turning to leave the car in Porto, and sleep in Évora, We know the city.

Portugal is a country that we love to know, not expecting much of the country, but after this trip, super recommend knowing.

Some Important Tips, if you rent a car to travel by Portugal, rent along the greenway, a type of non-stop Brazil, to pay tolls, because on some roads do not have toll booth and you will have to pay at a fuel station and waste time.

Do not forget to eat the typical dishes of the country, or pastel de nata (also known as pastel de Belém, but actually only what is in Bethlehem is called pastel de Belém), grilled sardines, and the famous codfish balls, all these foods you can find in many places, do not go only in famous places, because the codfish balls we think best, We ate at a pub in Nazareth. 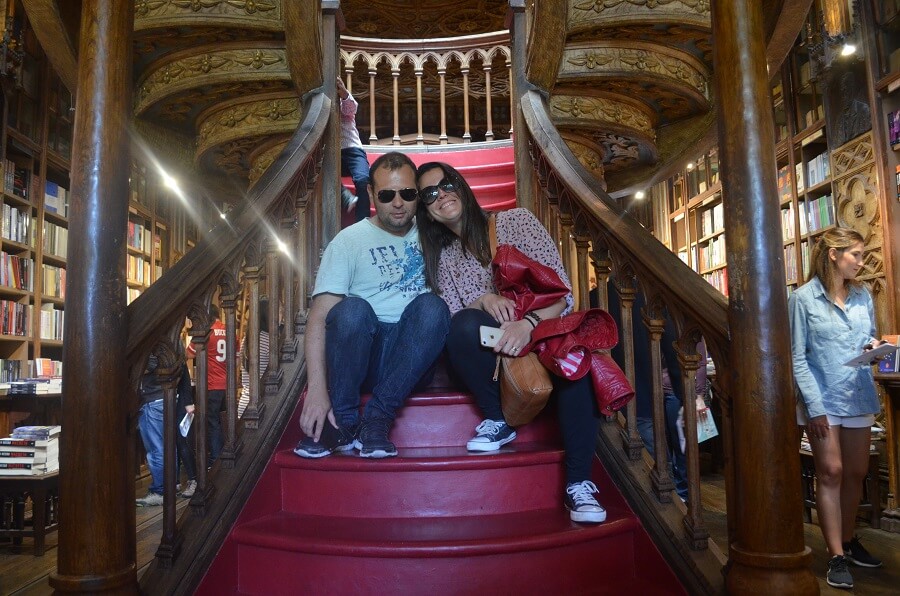 The best time to go is in June, having a good time with heat and is not yet the high season, July-August, everything is more expensive and more crowded.

Porto
The second largest city, Porto is amazing, so many things to do in town, We stayed there for only two days, but it could be more, the Ribeira dock at the port is a charm. 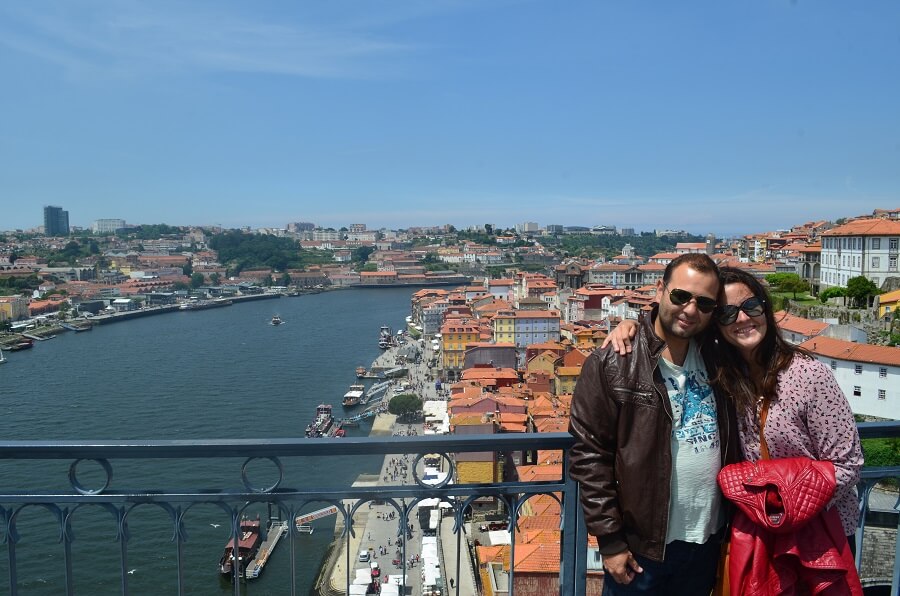 Coimbra
The city of Coimbra is famous for having one of the oldest universities and the best in Europe, It is a city of many students, but the city goes far beyond the university, she has aqueducts and other really cool attractions to visit. There toured the morning, We do not sleep. 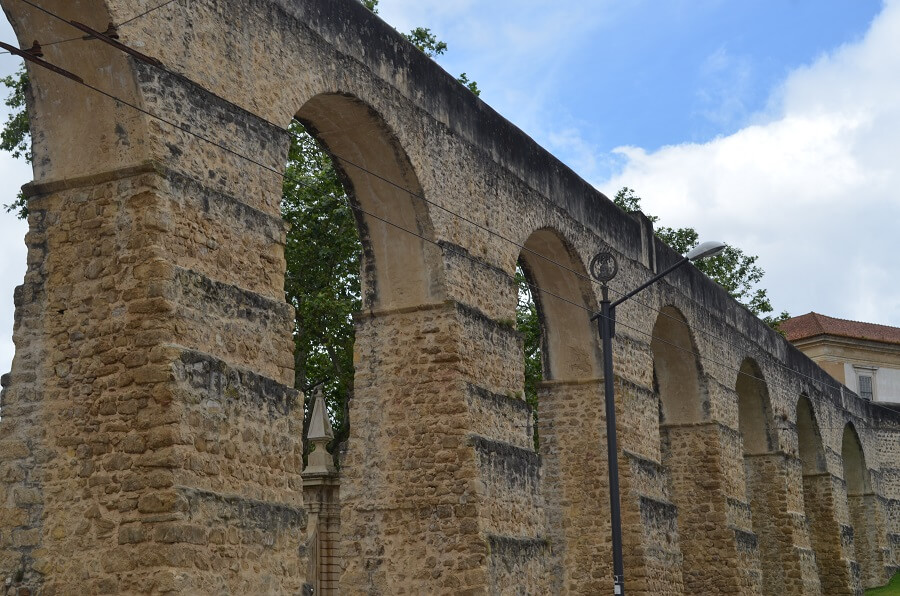 Fatima
Fatima is known to Fatima Sanctuary, where the children saw the image of Our Lady, and today the site has two churches and a large terrace that bind, a place of bright, peace and inspiration. We stayed in town a few hours and from there went to visit the nearby town of the day. 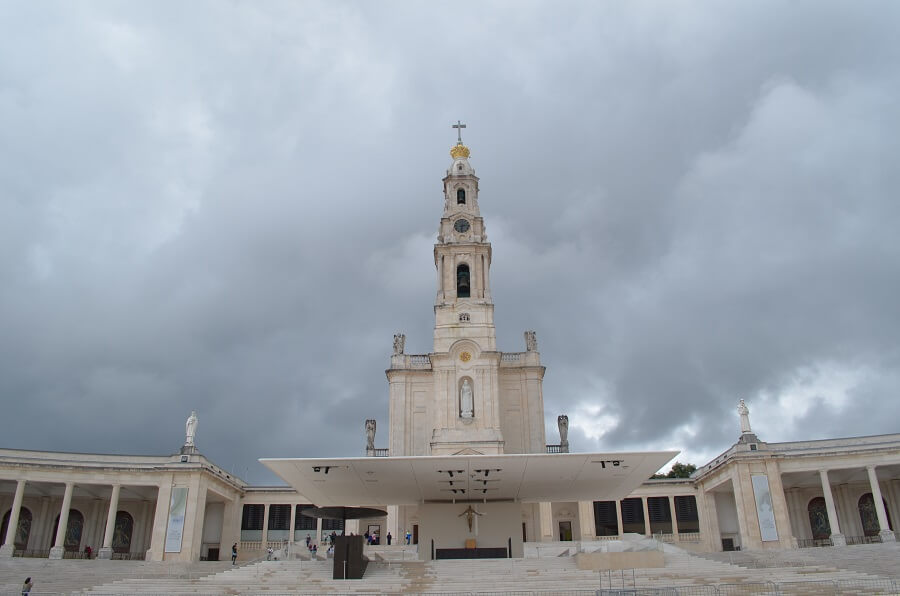 Battle
The town is worth going through it to visit his monastery, one of the nicest we've seen in Europe, a gothic building beautiful. Also we stayed a few hours in the city. 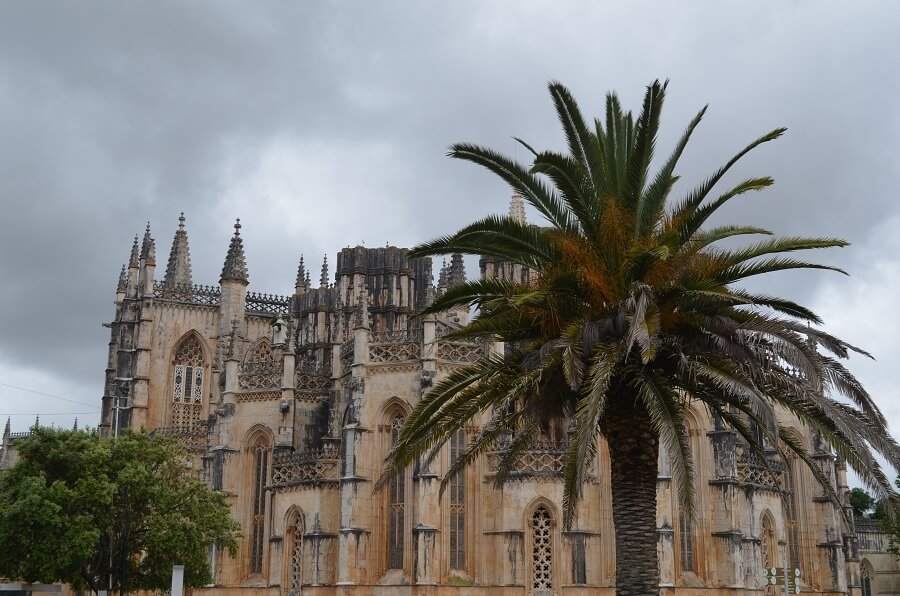 Alcobaça
As Battle, its main attraction is the Monastery of Alcobaça, It is not as beautiful as the Batalha Monastery, but it is also very beautiful and worth a visit. As Battle, Fatima and Coimbra, only stayed a few hours. 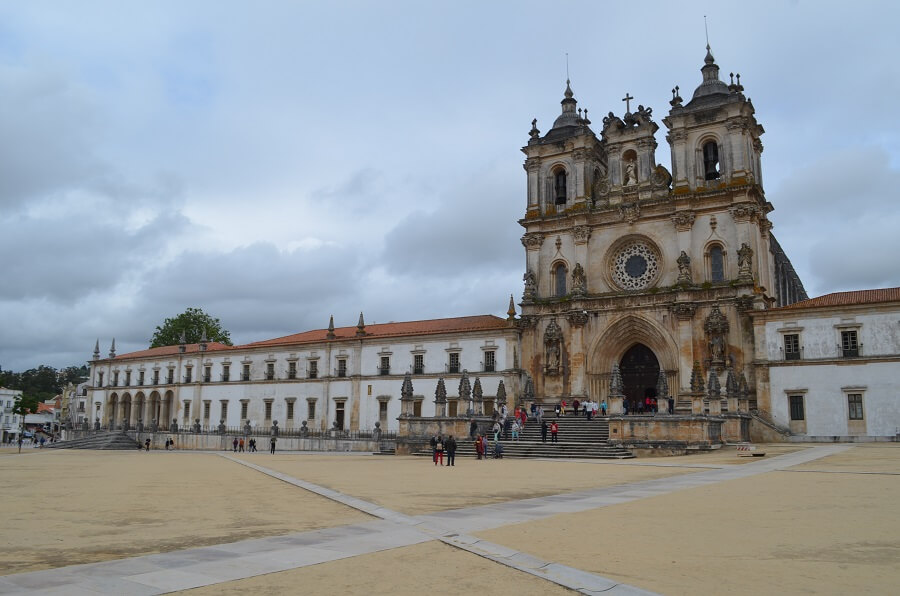 Obidos
A walled medieval city of Roman times, with a beautiful aqueduct, all enclosed, with wonderful castles and alleys.
This town deserved to get a full day there, but only stayed a few hours. 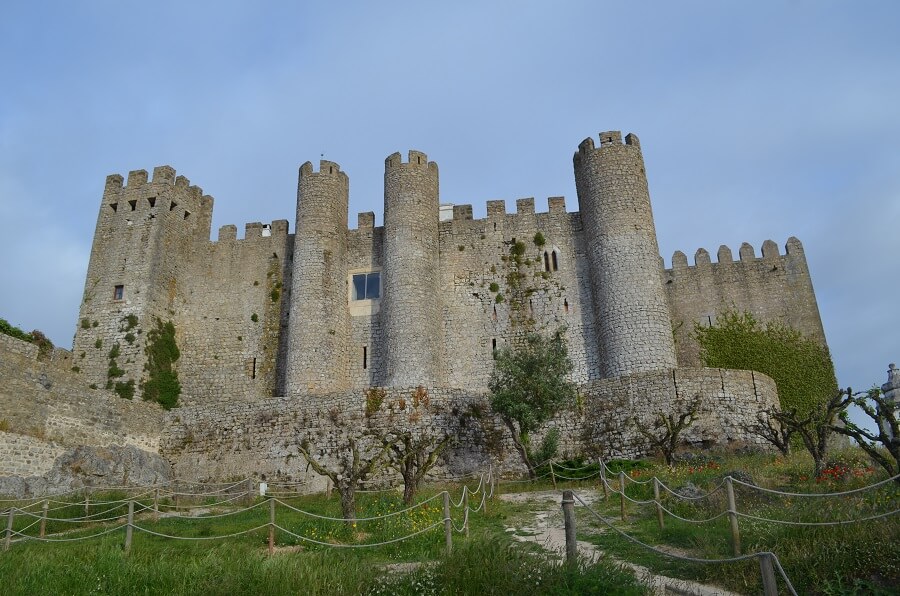 Nazareth
Last city we visited between Porto and Lisbon, also we do not sleep, we were just to see their amazing giant waves, but it was not time them, but still worth the ride, it has a very beautiful view. 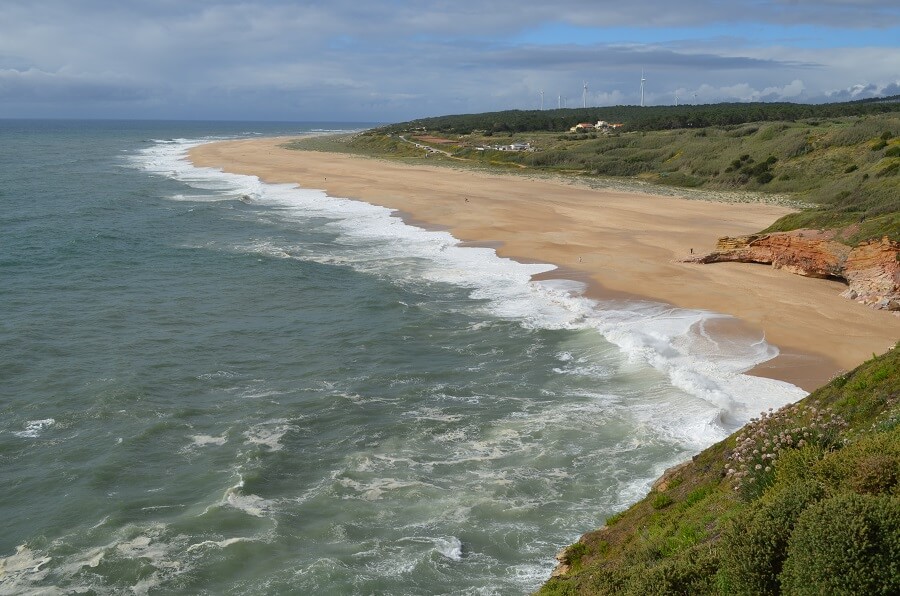 Lisboa
Lisbon the capital of Portugal, It is very hectic, as well as Porto is on the banks of a river, Portugal as well as the entire city of Lisbon enchanted us, We stayed there for 3 days, then in addition to having a lot to know the city, all its surroundings is also an attraction. 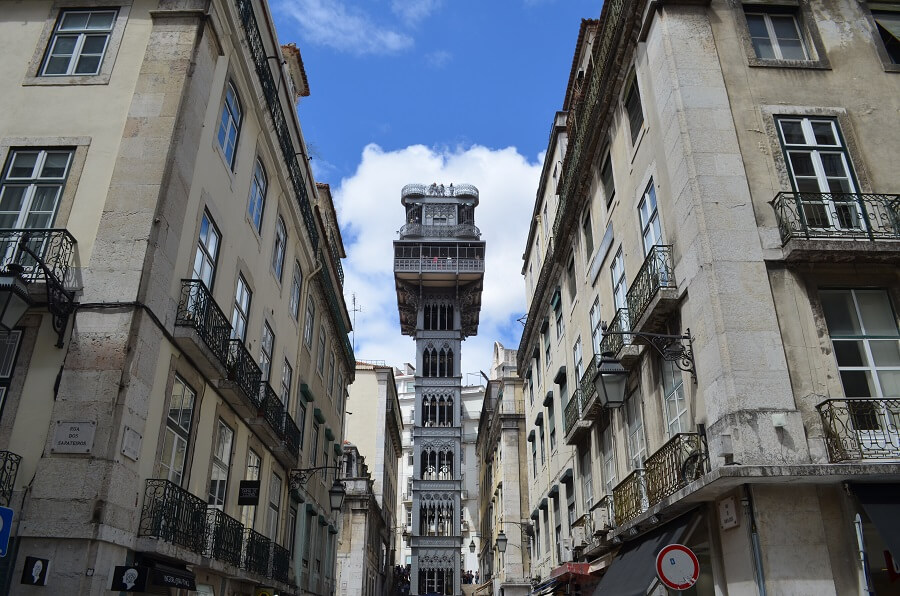 Sintra
The castles of this small town next to Lisbon is something, Perfect, Quinta da Regaleira is a perfect human work, as all around them, We love this place. 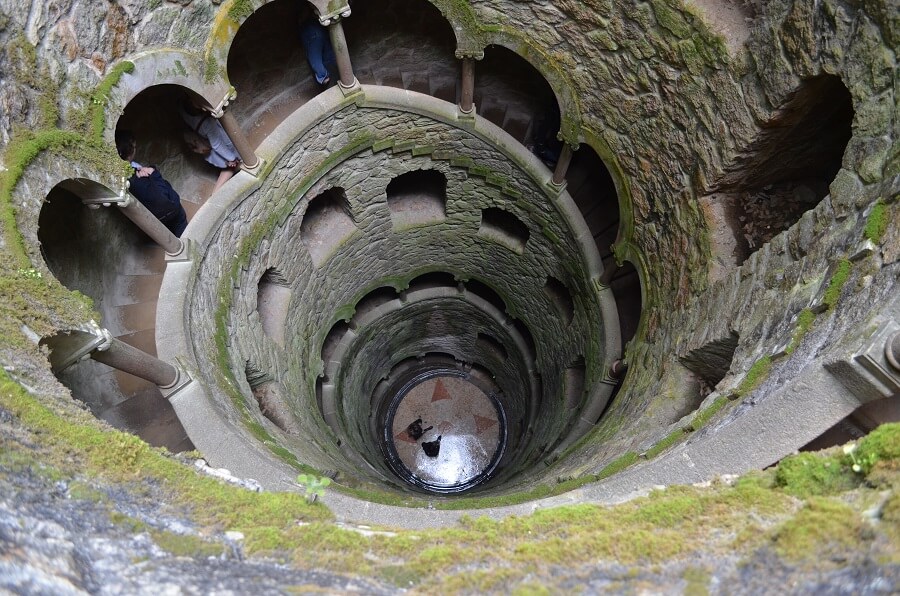 Azenha de Mar
One of the nicest beaches around Lisbon, It is a destination that all of Lisbon go in the summer. 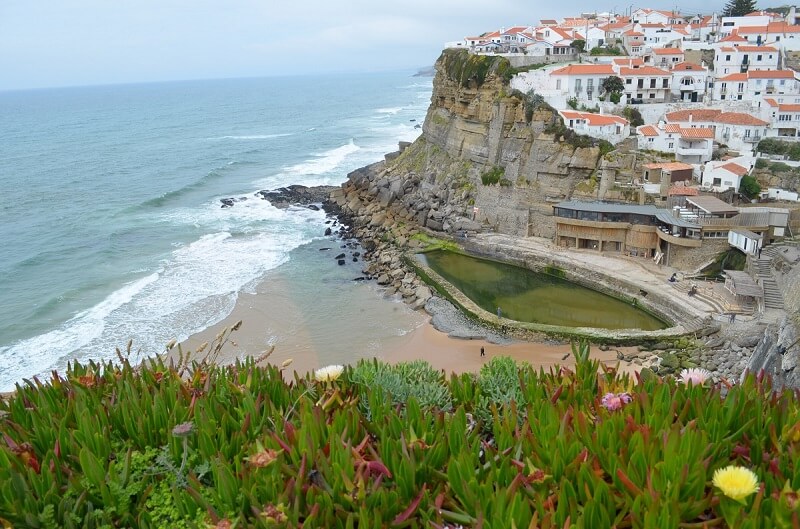 Cabo da Roca
The westernmost point of continental Europe, many once thought there was just the world. 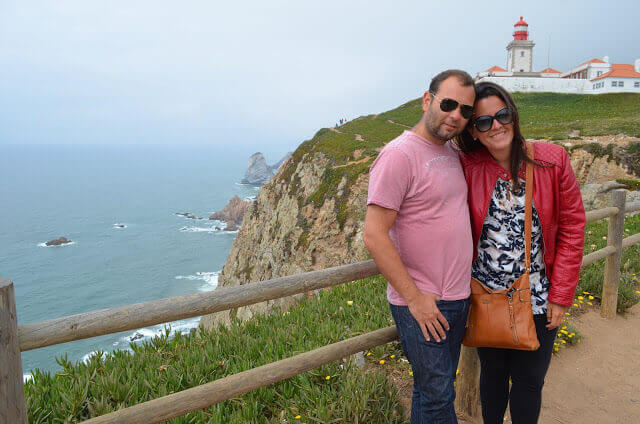 Pear frame – Algarve
What to speak of the most beautiful beaches in Portugal? The Algarve region is a real sight for sore eyes, we were 4 days there and did Pear Frame our base to visit other beaches, because it is right in the middle of the Algarve coast, from there we went to Lagos, Portimão, Albufeira and many other towns and beaches.

Évora
In the back we stopped at Lisbon Évora to do 700 Km at once, and we would know the city and its famous chapel of the bones that is quite impressive. 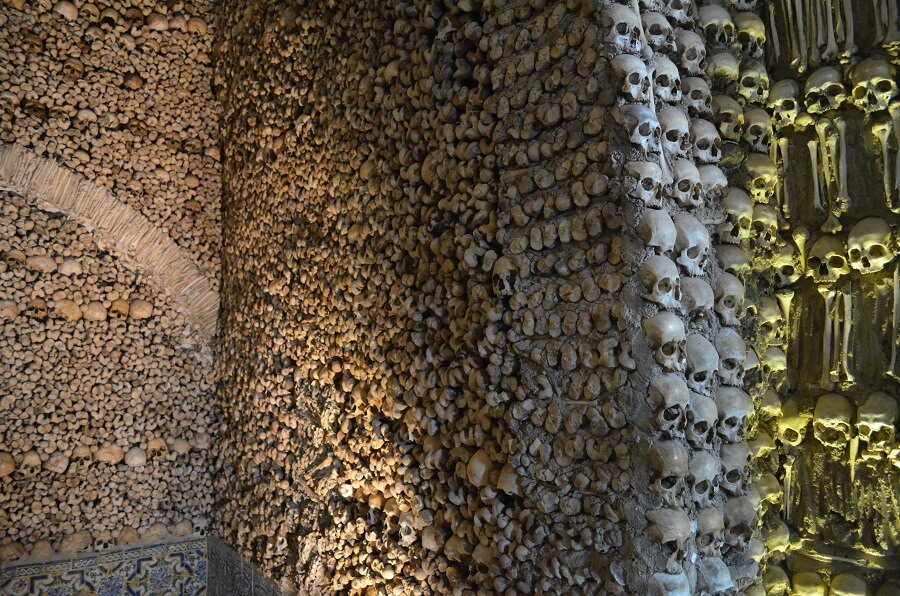 This was our script Portugal from north to south, if you can stay more days will be even more amazing that our trip, You have been wonderful.

Bar, na on the coast of Montenegro

Screenplay by Bosnia and Herzegovina