Santiago, the amazing capital of Chile

As I said in another post, We did this trip together with Buenos Aires to celebrate our 1st year of marriage, we 10 days in total 2 but travel, things went very fast and it's always wonderful to know that we chose each other and so we are very happy!! So we decided to go to South America, because we had a few days off, I had not gone to any of the 2 places, Pri had already gone Buenos Aires.

Santiago surprised positively, it is a beautiful city, with kind people, very clean and well more security than Brazil. 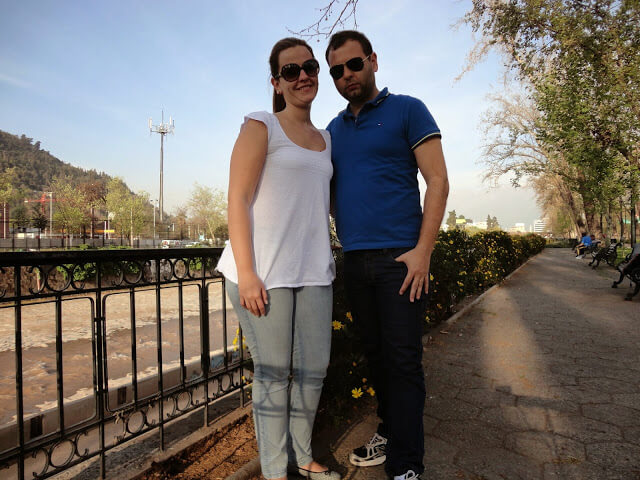 We stayed there for 5 days to well know the capital, We choose an apart hotel in the center of town, next to a supermarket, as it was an apart hotel went a few times to the supermarket to buy breakfast and very good wine and cheap, there is very cheap, even cheaper than the wine itself (fomos na Concha y Toro), We bought so much that we brought to Brazil a 20 bottles, Another very good thing that we buy enough , cheap and very good in the supermarket was cheese. 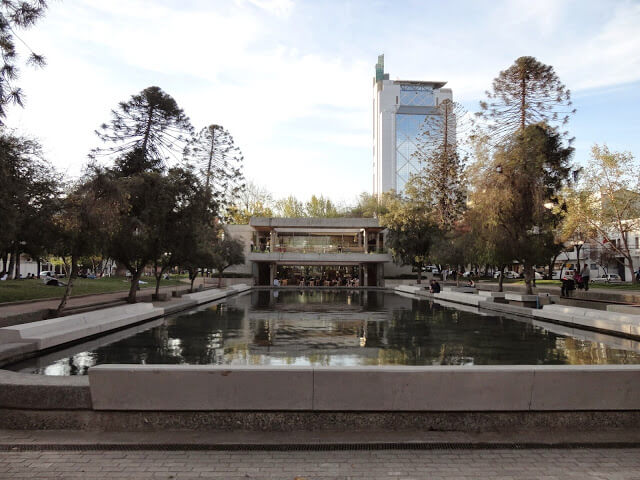 In those days gave to know the entire city, at least the most touristic part and also to go to Valle Nevado and almost went also to the coast, but we prefer to stay more in Santiago. 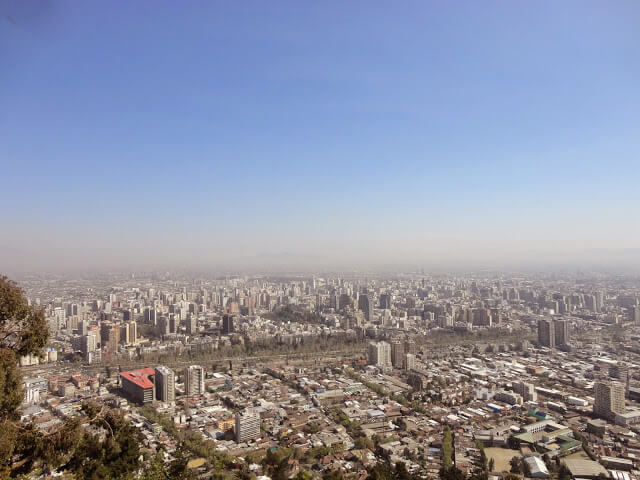 Things to Do in Santiago and what are the main attractions in Santiago:

1DAY – We arrived the night, We take a shower and go out to have dinner at a wonderful restaurant that indicated Like Water for Chocolate, We have spoken it in a previous post. 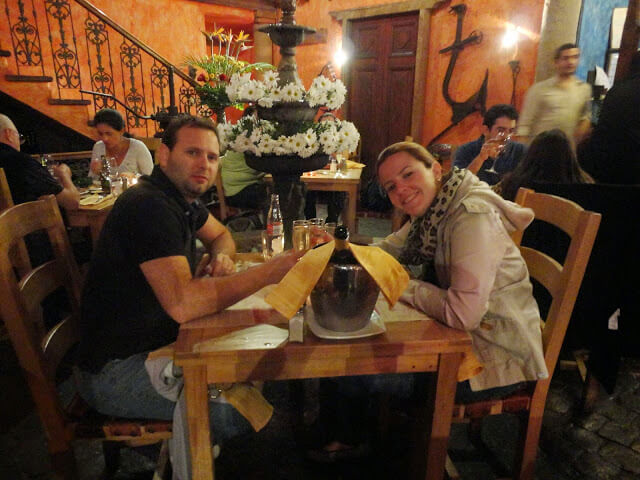 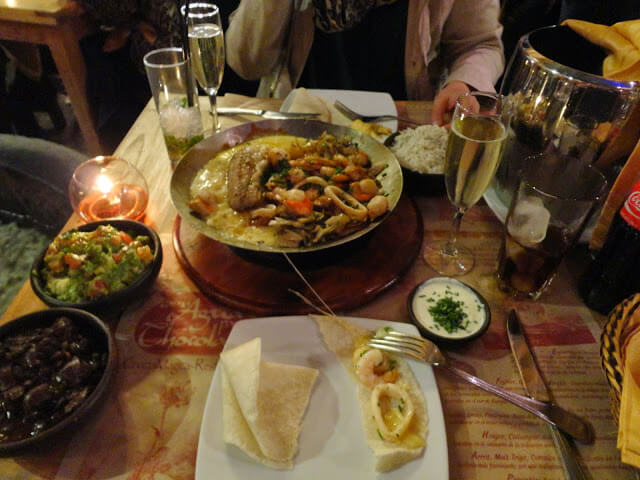 2DAY.We took the Hop-On Hop-Off, those double-decker bus that make a city tour and has several stops in city sights, you can get off and catch another bus at some other point of it (they give you a map), translator has audio over 6 different languages, several of them are running all day and night have some that are also, It is cool, It was on this trip that we know and after that, we have seen in many other cities in the world and whenever the city is very large and you can not do everything on foot for lack of time, got him is very interesting, cheap, organized and practical. 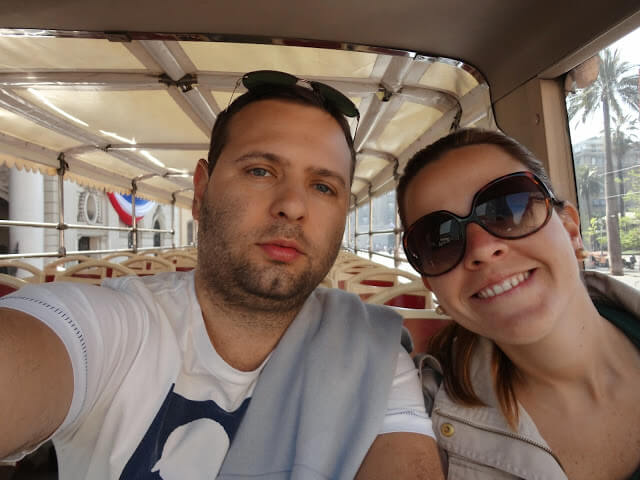 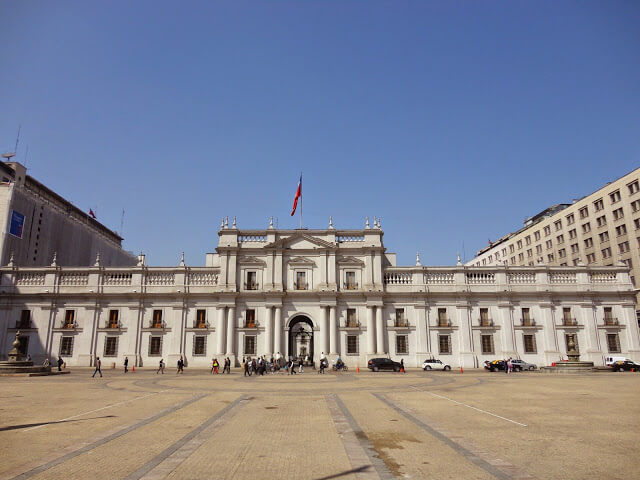 The night we had dinner in Revolving restaurant (see the post that we talk about it). 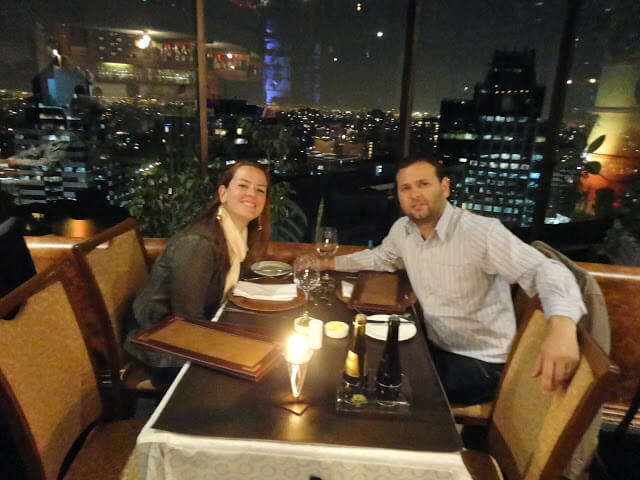 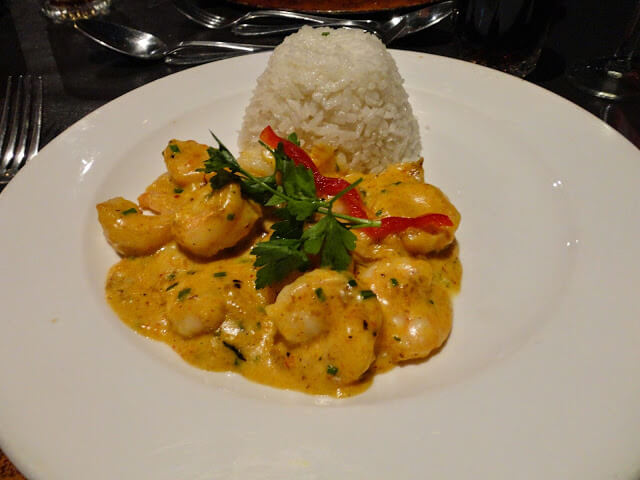 3DAY excursion to Valle Nevado, The tour lasts all day and comes out very very early city, we left the hotel and how the agency was close we were walking, nearly died of cold over there, we were lucky because we were the week was the last week of skiing (last week of September), after that they would close for skiing, because the snow was starting to get scarce, but has some tours there that just go for the day, (but honestly I do not see much grace). 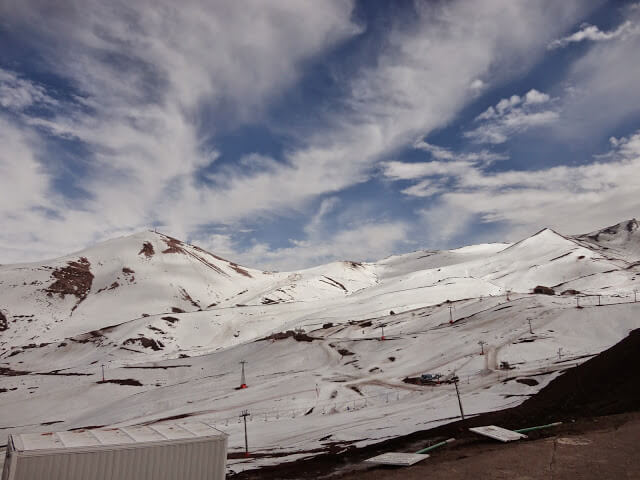 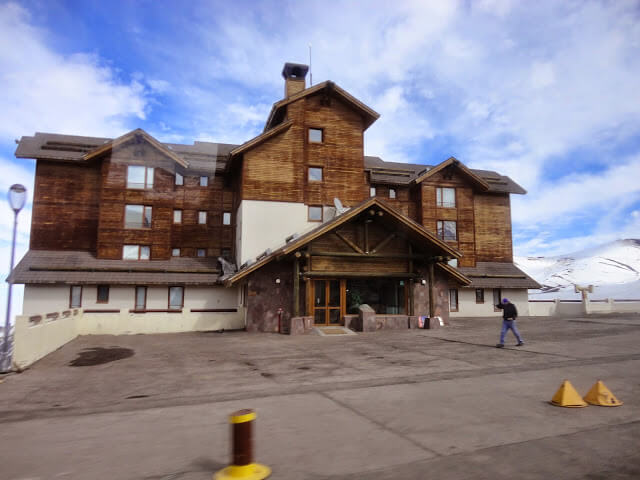 So be careful with the date that you will choose to go to Santiago, if you want to ski in Valle Nevado. Another thing the road to the ski resort is very small and 60 those curved elbow type, many sensitive people even feel very sick, see the post here, we talk about Valle Nevado. 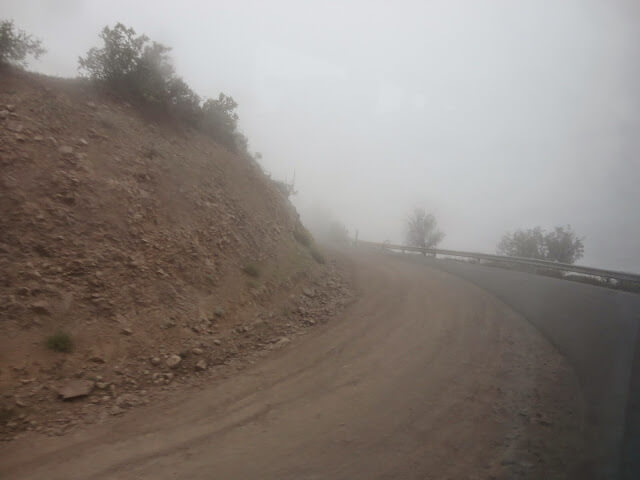 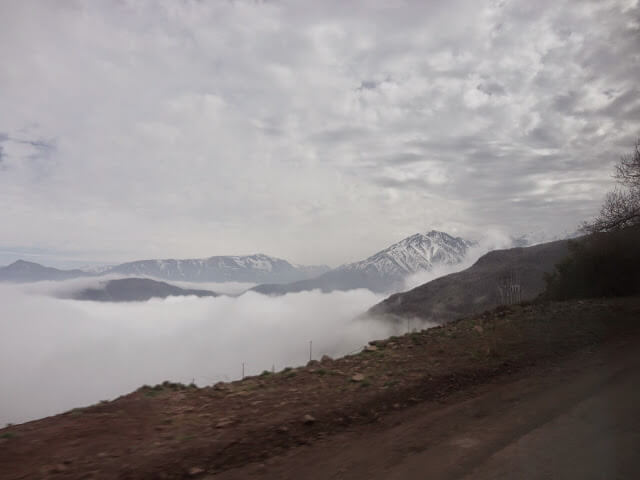 There is so high, that when we left the city was super cold and cloudy, when we arrived in the valley was a super sun with the whole sky open and much warmer. The night as we were pretty tired, We decided to stay at the hotel to open a wine, We bought a cheese market next door and stayed there enjoying. 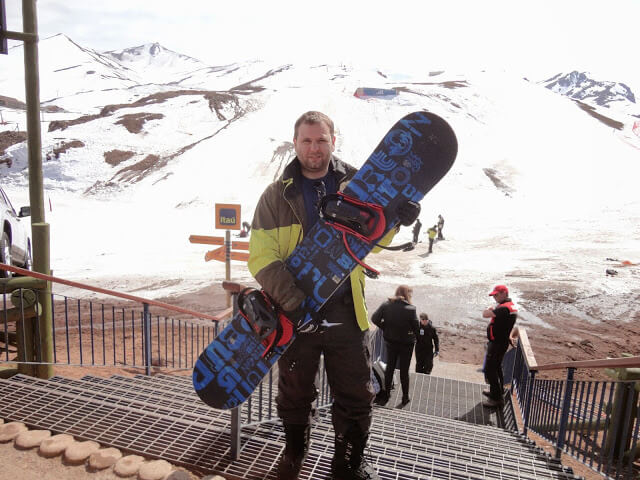 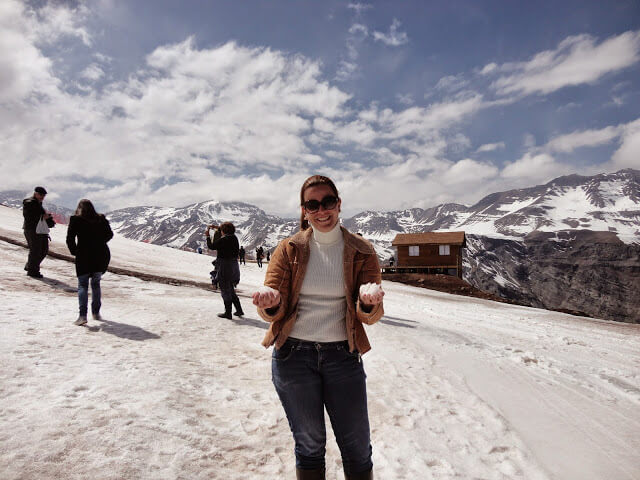 4º Passeio to Concha y Toro Winery, We bought with the same company that purchased the Hop-on Hop-off, We did a post only about the Winery. See about walking in the previous post. 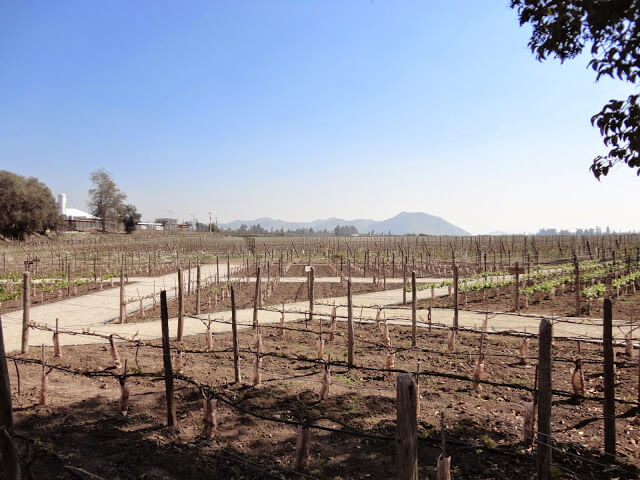 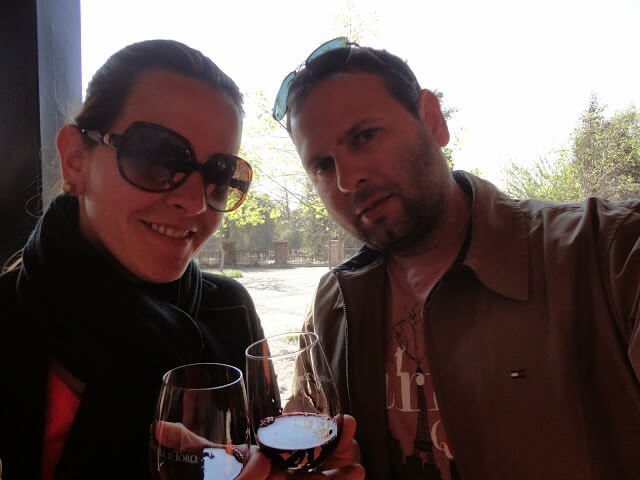 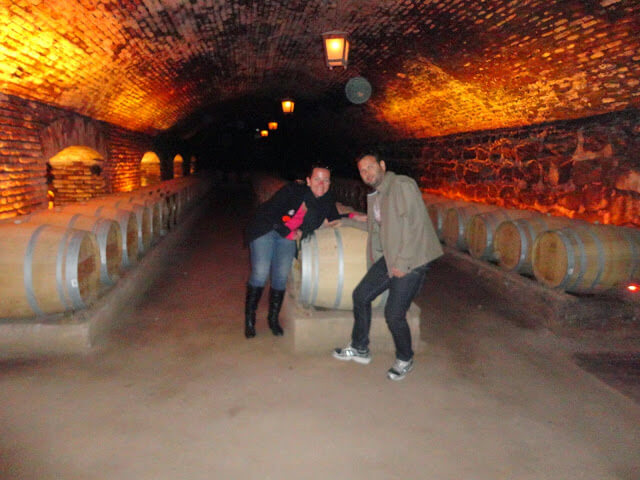 And the night we went to the wonderful restaurant Here's Coco, see the post about it. 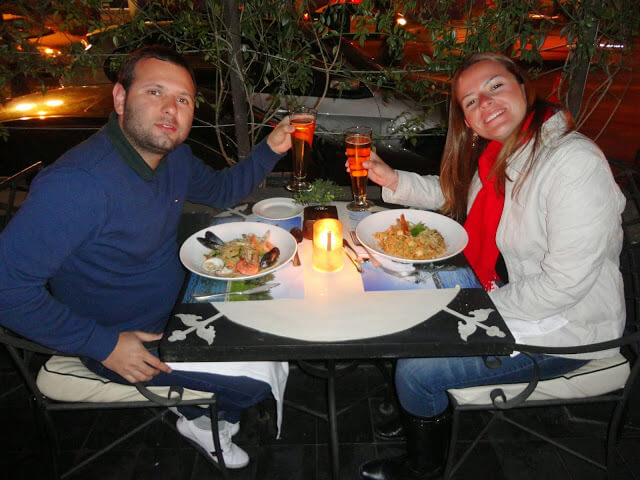 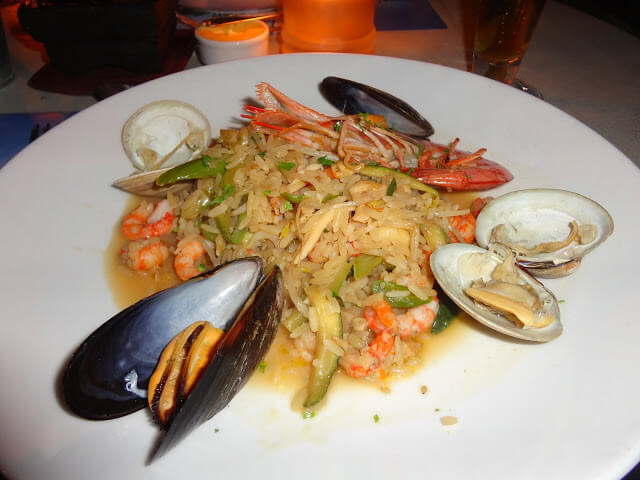 5º Knowing the Cerro San Cristóbal, is a lot that is within the city, there you can go by car, Funicular (Cableway), or the bravest walk (It is a vast increase). As we had the chance to be broken Funicular, were bus that was offered for free, because the funicular was broken, on the mountain there is a church in the open and a huge image of the Virgin of Guadalupe. From there you can see all the mountains of Valle Nevado with snow, and have a spectacular panoramic view of the city. 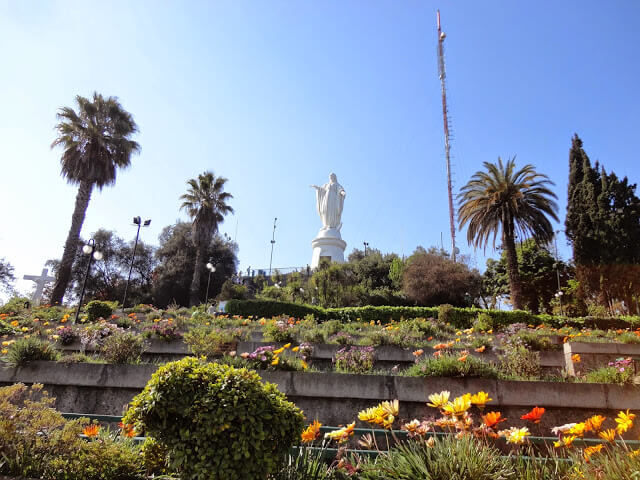 After we left there we went to the door of the house of Pablo Neruda, We do not enter, but they say that's pretty cool…and we were nearby, num bar, we are taking sour and eating some appetizers, this bar was in La Constitución Street, the busiest place in the capital, where are many bars and great restaurants.

6Th and final day, as we had to check out of the hotel and leave the bags at reception, we were walking around town and know what was missing, Our flight was only the night. We went to Cerro Saint Lucia, ready to soar, but quite worth it, the view is very beautiful and then we went to Municipal market, like ours here in São Paulo. 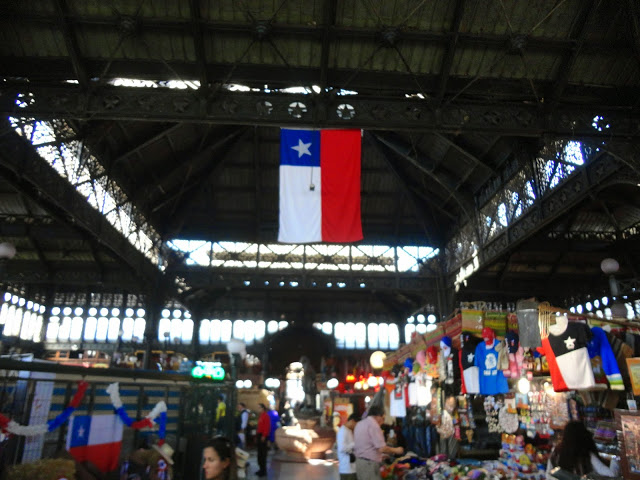 We took advantage and had lunch there, I had a good food, but I do not remember the name of the restaurant,he was right on market entry on the left, side of the agency that sold us to the tours. 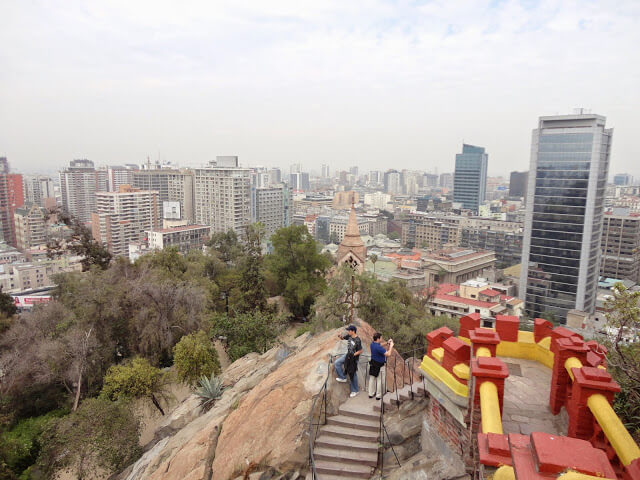 And we went on several famous landmarks close to our hotel: 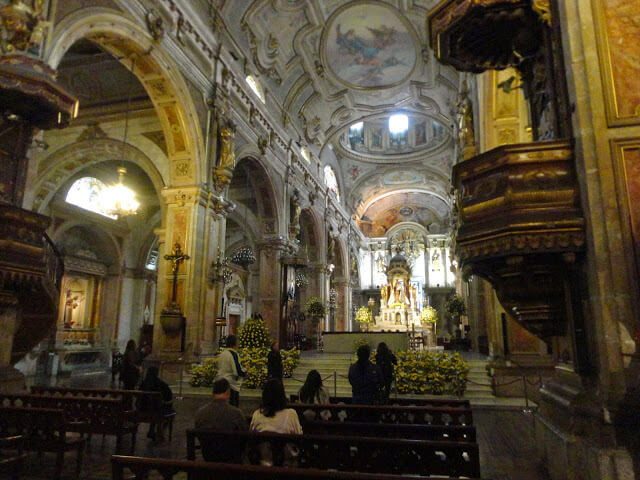 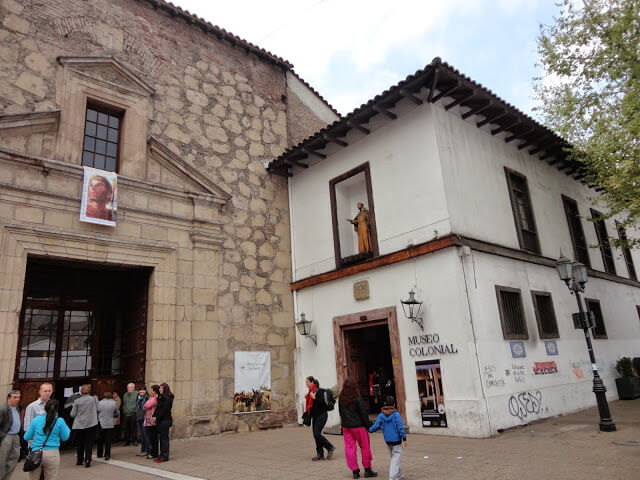 Where to stay
As I said we were in an apart hotel, called Santiago Suite Apartment, great choice the hotel is very central and good room, com wi fi, cable TV, mini kitchen and a room.

Where to eat Our there in Santiago this is a chapter of the, there eating well, we made a post we put the 3 best restaurants we went to Santiago de (Like Water for Chocolate, Here's Coco and Giratorio) see the post, beyond this restaurant, as I said eat elsewhere as the municipal market is also a great option and snowy valley, but anywhere there the food will be very good and affordable, especially for those who like to fish, seafood and Mexican food. 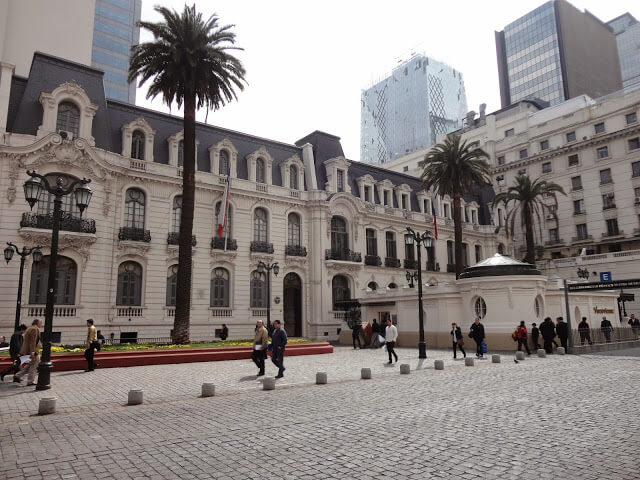 Well that's it, and if you have doubt between going Buenos Aires or Santiago, first go Santiago do Chile which in our opinion is much more beautiful, besides not being with a huge crisis. 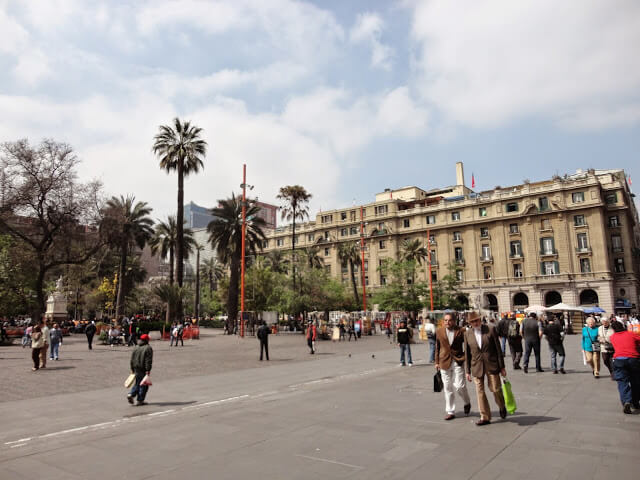 Puigcerdà, town located in the Alps of Spain