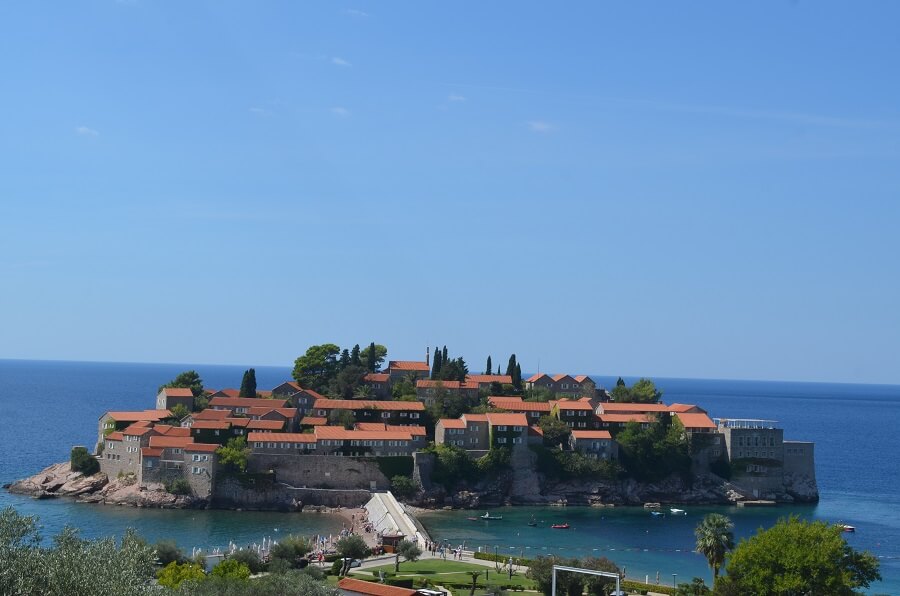 Sveti Stefan, beaches and the old medieval city of Montenegro

Sveti Stefan, It is an ancient medieval town with two beaches one on each side of the bridge that connects the small island peninsula.

In the medieval town of Sveti Stefan today is a five star resort, one of the nicest hotels Montenegro, O Aman Sveti Stefan. 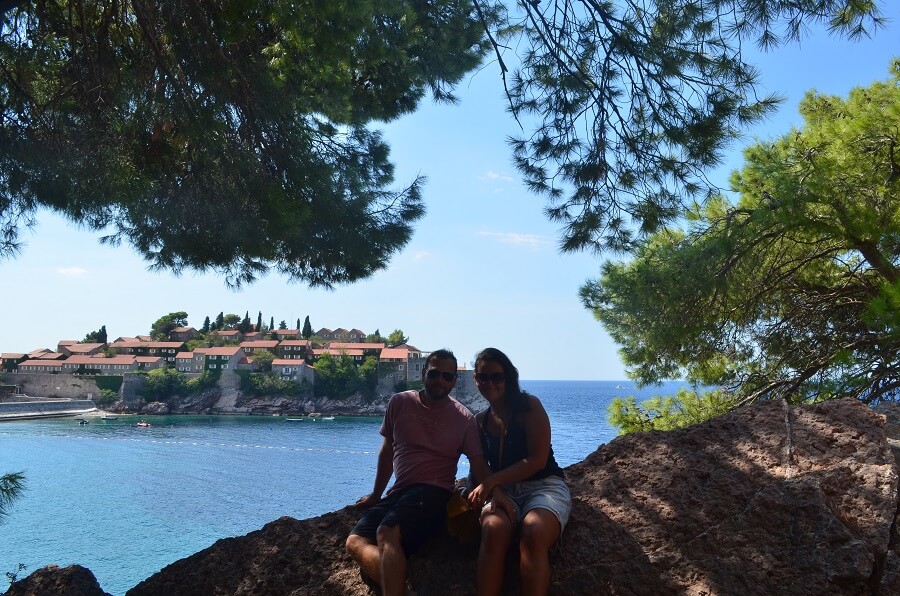 We stopped at Sveti Stefan in the middle of a screenplay by Bosnia and Montenegro, we did and, We visited almost all the beaches on the coast of Montenegro, there were a whole day, but we stayed in the city, We stayed in town of Budva which also has such beautiful beaches as praias of Sveti Stefan.

The city began as a fishing village in the Middle Ages and was fortified by the Venetians, achieving a strong defense against Ottoman attacks. 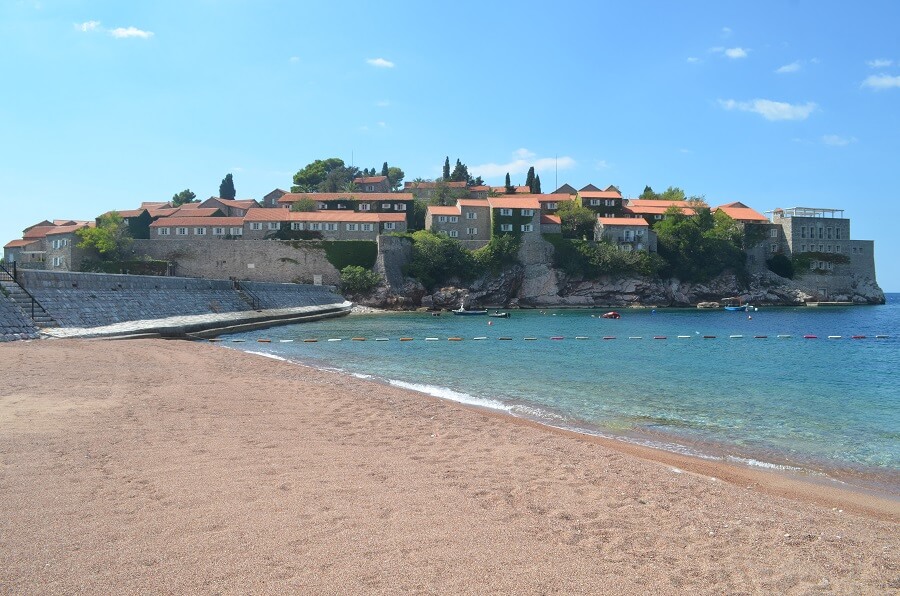 The city was abandoned in the twentieth century due to poverty and oppressive communism the Socialist Federal Republic of Yugoslavia which led most people to emigrate to America or Australia, Sveti Stefan leaving almost uninhabited after World War.

The recovery came from the union of some painters and Montenegrin artists who managed to rehabilitate respecting the architecture and transform it into a luxury hotel which has trained many Hollywood actors and monarchs from around the world. 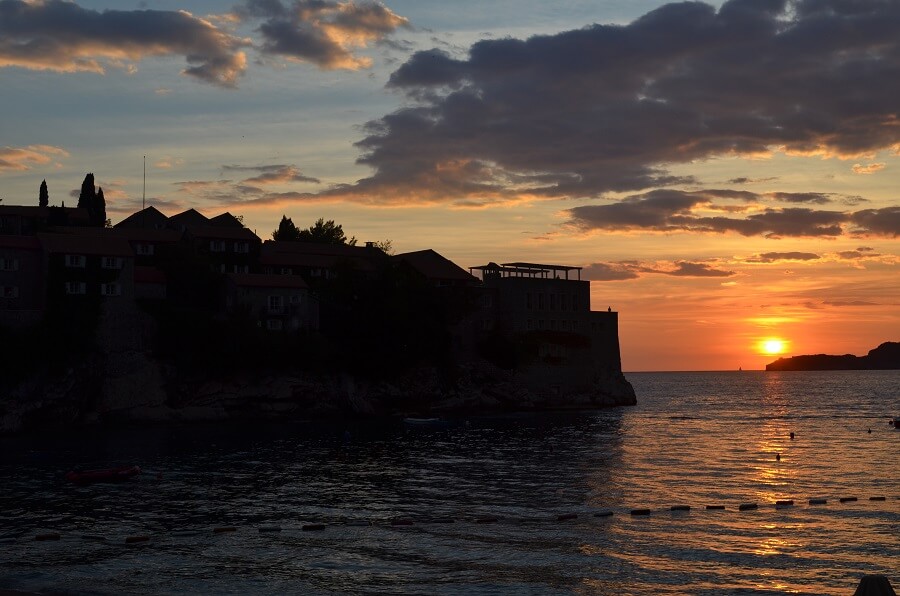 The sandy isthmus and the subsequent road that provides access to the peninsula / island where in addition to the current facilities hotel has a harbor for yachts, heliport and three beautiful pink sand beaches. 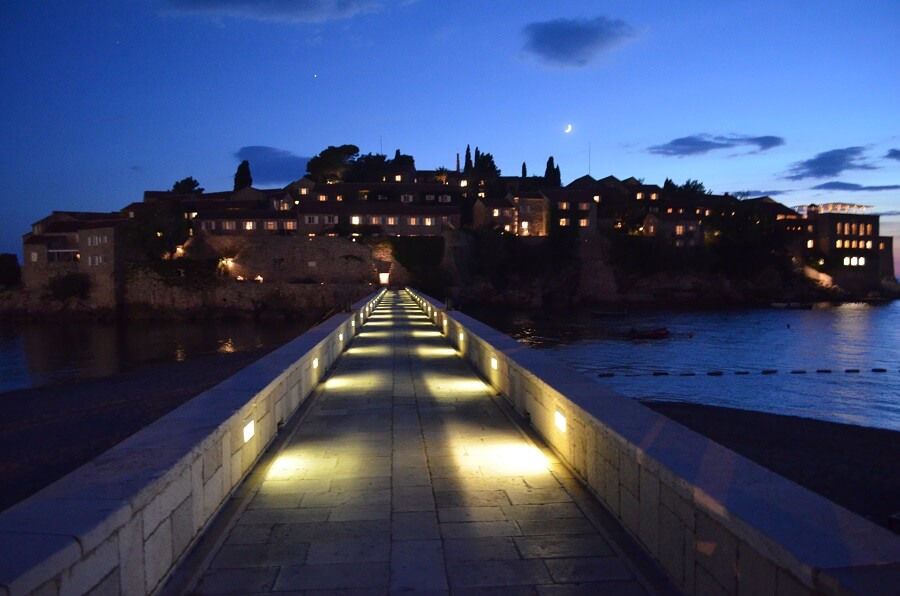 It could not be visited by anyone who is not staying there, but if you want to know the city can book one of their restaurants, we almost got in one of these restaurants to know the city, but we ended up not going, if you are ready to overpay pocket, us 100 Euros or more per person, because when we got there, I had a reception and ask the price to book, but if you really want to go, call in advance because it is very competitive. 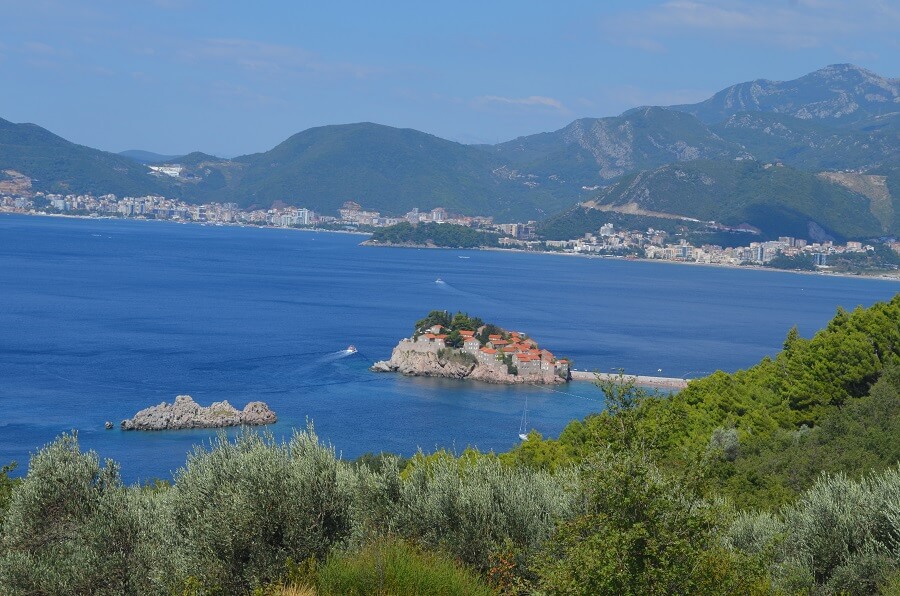 In front of Sveti Stefan Island there are two beaches, a call Praia Sveti Stefan and the other call Milocer beach, which has restaurants, swimming pools, tennis courts and a casino that beach is private hotel, when we got there we do not understand why one side is full and the other nearly empty, We walk to the beach, We took pictures and then we saw that we could not stay there and they could even charge a fine of 100 euros, nearly died after heart knew lol. 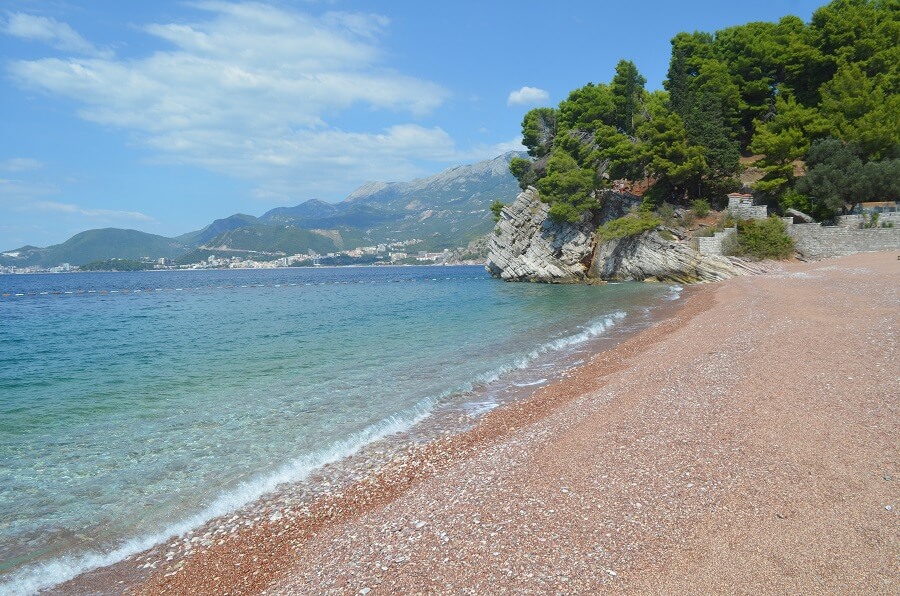 As praias of Sveti Stefan They are one of the most beautiful of all the coast of Montenegro, we almost all day there, everything is beautiful, like the place so much that we stayed until the evening to see the old medieval town of Sveti Stefan lit, then we went to our hotel Budva O Apartments Labovic, we also recommend that is very good, full, well located, clean and with a value well into account. 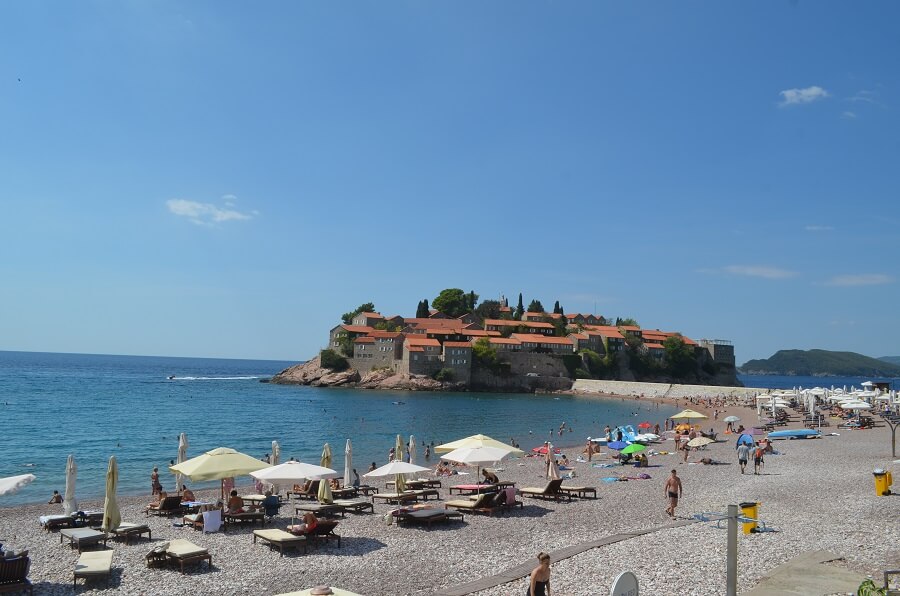 He feels like traveling after so many tips? The Blog TurMundial gives you even more tips to ease your travels: Want to book a hotel? Book hotels with great prices by Booking. Want to book an apartment, home, boat or even a tree house and still win 100 real in his first stay? Book all these and many other choices of places with great prices by Airbnb. Want to buy advance tickets for various attractions and tours without those huge queues? Buy Ticketbar Want to rent a car? Undoubtedly indicate the Rentcars.com it seeks the best cars and market values. You need to send or receive money to / from abroad, without paying those absurd charges of bank or exchange houses it Wise You want to avoid problems in the middle of his long-awaited trip? Hire a travel insurance with any of these companies Real Travel Insurance, or insurance Promo You want to avoid those sky-high mobile bills at the end of his international trip? And yet able to do, receive calls and use the internet? Buy an international phone chip with any of these companies: OMeuChip or with the or with the OBS: We emphasize that the responsibility for providing the services / sale and delivery of products, suppliers are described above.
CategoryEurope Things to Do in Montenegro?
TagsAman Sveti Stefan destiny RBBV Europe Montenegro Milocer beach praias of Sveti Stefan screenplay by Bosnia and Montenegro Sveti Stefan

Sarajevo, a city marked by wars

Cross the border between Bosnia and Herzegovina and Montenegro car