Tunes It is the capital of Tunisia, a country in North Africa of Arab origin and Muslim religion, know this post what to do in Tunis and elsewhere in Tunisia.

How to live in Barcelona, we always try new places and countries to go, in the middle of spring chose to visit Tunisia, it is a country near, cheap, very cheap, the euro is worth gold there and has wonderful places to meet and make more heat at this time of year here, and we were a little tired of snow, cold and ski resorts such as Boi Taull, Baqueira e Font-Romeu, the first two are in Spain and the other in France. We love snow, but I confess that this year the winter was longer and we wanted to heat.

So we decided for this beautiful country, and we 7 days doing a screenplay by Tunisia, we got the international airport of Tunis, but not stayed in town that first day, we were right to Yasmine Hammamet, and then we made a tour of the center of the country, only the back stayed in Tunis, We stayed there for one day and gave to know relatively well the city. 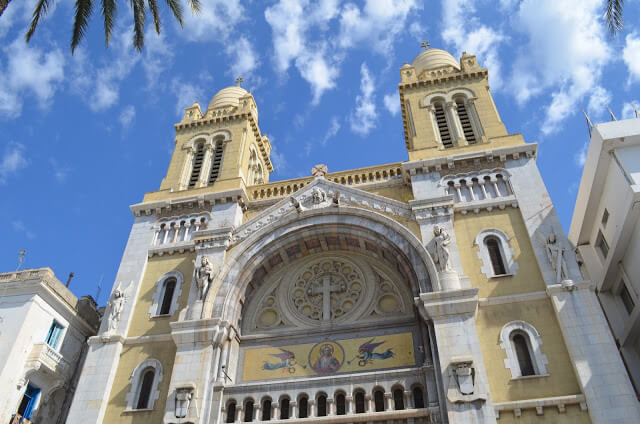 Two tips before talking about the city, We find Tunisia a safe country, clean and people very hospitable, another tip, beware of pepper, many dishes are extremely spicy, for example in the evening we went out to eat in Tunis were eating, Chris I ordered a kebab and pizza Pri, and I forgot the time to ask who wanted the Kebab without pepper as, here in Barcelona I always ask without pepper and right there I forgot to ask, at the end of bills I left half of the plate and had to eat a piece of pizza which was Pri giant. 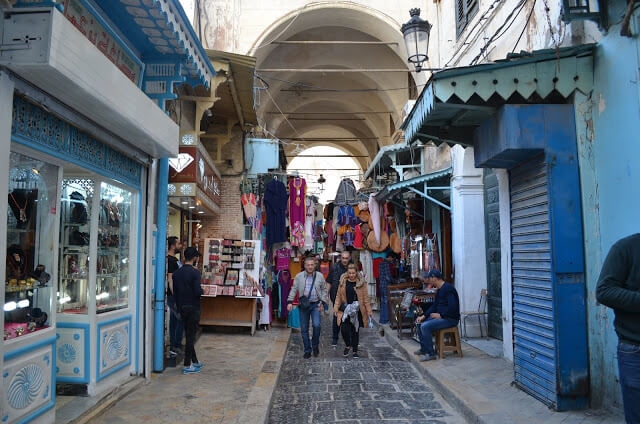 Things to Do in Tunis and what are its tourist attractions?

As tourist attractions in Tunis are few and not very attractive, but the major tourist attractions in Tunisia They are as memorable Chebika oasis, the Sahara Desert and Salt Lake in the town of Tozeur, Roman ruins and Carthaginian city of Carthage, a blue and white town of Sidi Bou Said, one of the most preserved amphitheatres of the world Roman Amphitheater of El Jem, Kairouan the 4th most important city for Muslims, Matmata the ancient city of Berbers, Douz Sahara desert door and its beautiful dunes and finally Yasmine Hammamet beach resorts of good and cheap many Europeans spend their holidays, these links you will know enough about Tunisia, because in this post today I'll talk more about Tunes. 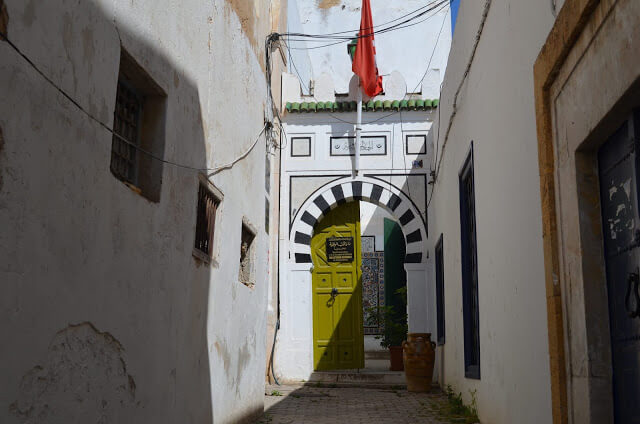 Tunis stayed in the main avenue, where is the building of the President, the Consulate of France, we stayed at Hotel Carlton, a great hotel with a good price and very well located. 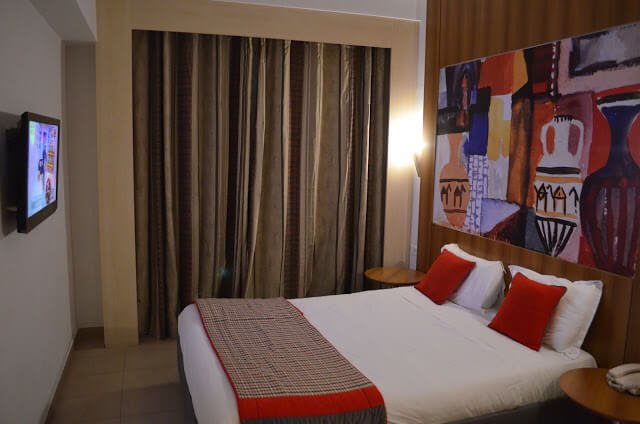 We start the day visiting the memorial ao presidente Habib Bourguiba Victory Day Monument, who was the first president and who has achieved the country's independence, because Tunisia was a colony of France, and independizou at the time of World War 2, according to our guide Bourguiba made an agreement with France and faced Hitler's army in North Africa, because of this help Tunisia become a free country. 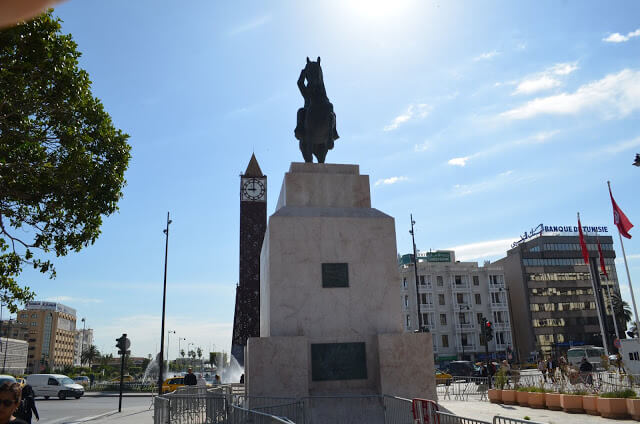 O Watch Bourguiba, next to the memorial, It is an important part of the recent changes in Tunisia, in 2011 e 2012 the population held many protests against the dictator Ben Ali and managed to depose him, and for the first time be a Democratic country, this movement became known as the Arab Spring, that there arose in Tunisia and then spread to other countries in the region as: Egypt, Libya and other. 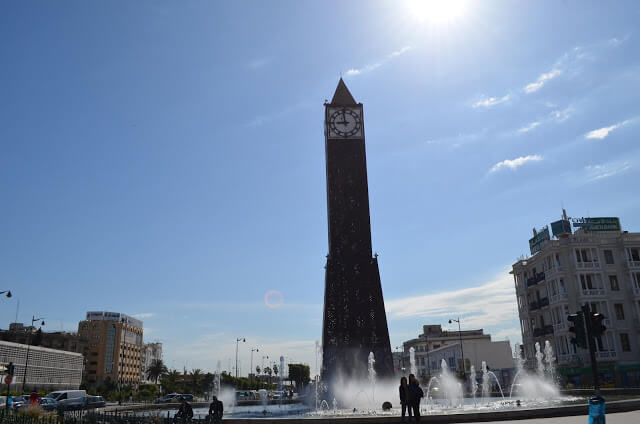 Tunes, as well as almost all the Arab North African cities have a medina, or a city ancient walled turned nowadays a large market, where everything is sold, from food, clothes, house things, even jewelry. 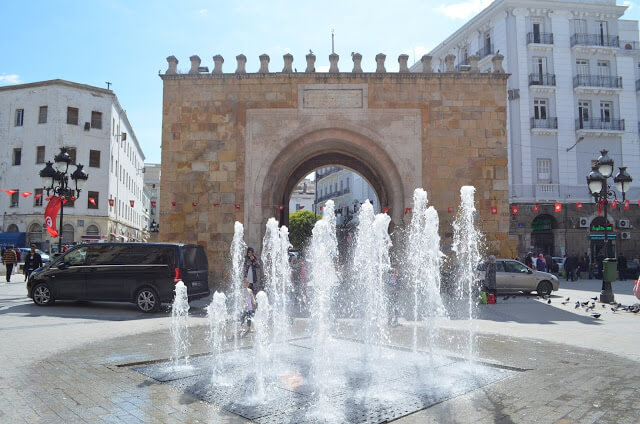 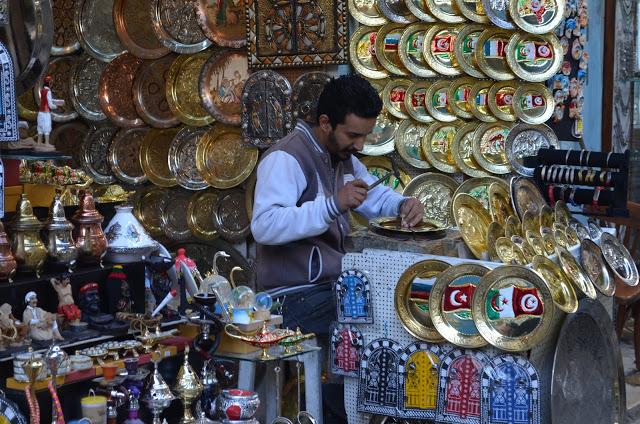 The cool of the medina is getting lost in her streets and see all this market, right in the center has a beautiful Zaytuna mosque, which is the main, but it has also Dar Hussein Mosque and the Mosque Style. 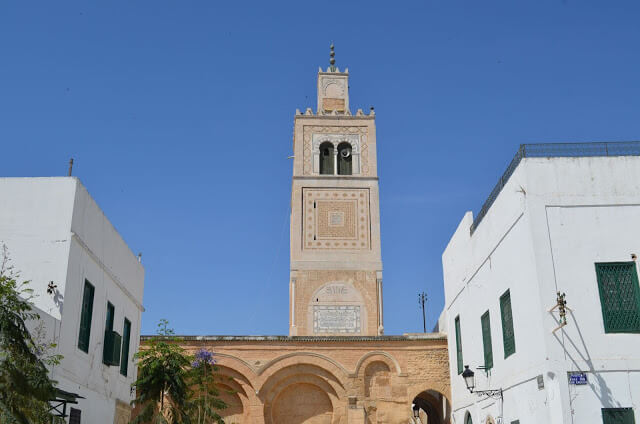 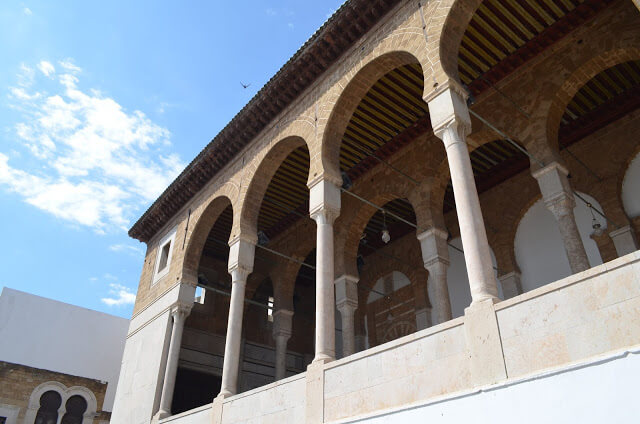 As I said at the beginning, It has many tourist attractions in Tunis, one morning we got to know all this and then we went to Cartago e Sidi Bou Said.

In North Africa, between Algeria and Libya.

Tozeur, the city of Oasis

Hammamet, beautiful beaches in Tunisia, near the capital Tunis