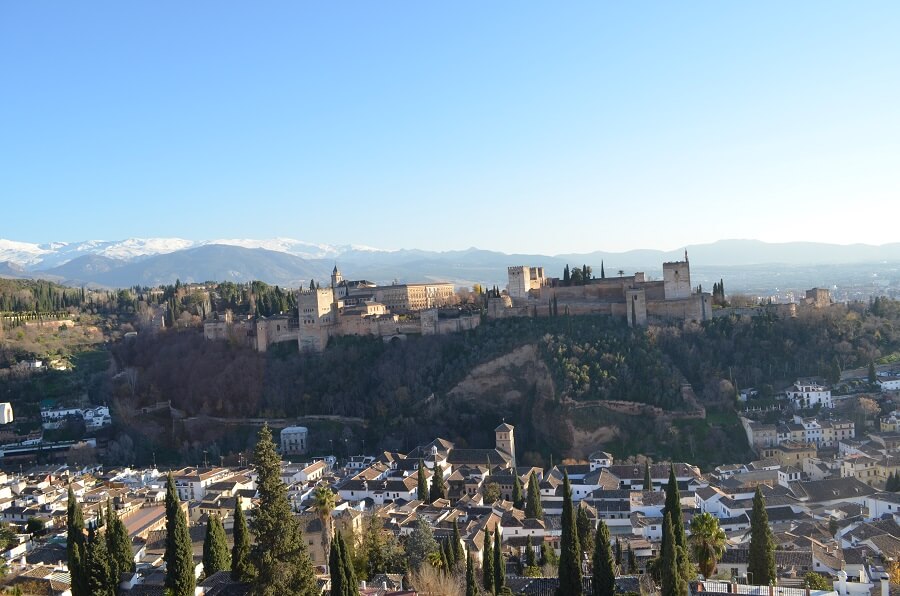 Save euros by purchasing the Granada City Pass, the tourist cards known as the City Pass are famous all over the world, and are great to save on a trip. Virtually all cities that receive a considerable number of travelers have this option.

The question that we always have is: it's worth buying the Granada City Pass? The answer is simple, it simply depends on the economy it will make. However, there is one that leaves no doubt, O Granada Pass It is one of the best options to discover the main attractions of Granada and not catch row.

O Granada City Pass, It is sold in online Ticketbar, and it's completely digital on your mobile without the need to pick up tickets somewhere or have to receive an email to print.

You save money when visiting monuments

O Granada Card it's mainly a ticket to visit the whole city.. A tourist card which includes a visit to Alhambra, Religious monuments and museums which also includes urban transport. The sum of the monuments prices without the pass is much more expensive, with the pass you only pay 49 euros, the Granada City Pass is well worth it.

If you just want to visit Alhambra and do nothing else in the city, in this case, the card is not worth it. But if you really want to explore and make the most of city, Granada Card is the best option to discover the cultural heritage of Granada.

What is included in the Granada City Pass?

Take time to visit all inclusive

In the world of tourist cards, there are cities that are tempted to add and add resources to urban cards to make the product more attractive. At first sight, It seems an advantage. However, we should not be fascinated by cards that include an endless list of museums and monuments to be visited, as – very likely – your trip becomes a race to spend the money you pay.

The Granada Card includes the main monuments of Granada. If we have more time, much better and you can see other really cool city attractions.

The Granada Card is not a discount card?

Not. It is also not a card with which you need to queue up at a special ticket office to redeem your tickets to the monuments.. The Granada Card is, alone, to input two monuments. It is also the bonus for urban transport. That is, after buying online, You do not need to do anything else, just visit the wonderful tourist attractions of Granada. And as public transport is also included, it is even easier. That simple.

You save the car

For tourists visiting the city, a major source of problems is the car. Granada has a very special urban setting. The avenues that run through the city from northwest to southeast and a very peculiar old town make it more difficult to enter restricted traffic areas. For this reason, the simplest is to move in urban transport. or walking.

The Granada Card includes 9 Urban bus fares. Enough to forget about the car at the hotel or not to ride a car during your stay in the city.

Do you guarantee the entrance to the Alhambra and Generalife

If the general Alhambra tickets are sold out, which is very common with visitors, We met several people who missed the opportunity to visit Alhambra because they didn't buy tickets in advance, Granada Card guarantees you a visit to the monument. O Granada Pass Card It can be seen as “an entrance to the Alhambra with other attached services”.

To buy the Granada Card, you must indicate, beyond the start date, the day you want to visit the Alhambra and a specific time for the Nasrid Dynasty Palaces. Like this, to complete your online reservation of Granada Card, you will already have your visit to the monumental complex secure.

You will not have queues for Alhambra?

no queues. This is one of the biggest advantages of Granada Card offers. after buying, you don't need to queue anymore. the, the dreaded line that Alhambra is known for, is formed mainly for those who do not have a reserved ticket.. You will not be one of those. You do not need to go through the box to remove it, as the tourist card of Granada already becomes your pass to the different areas to be visited. You just need to go directly to the access points of the Nazaríes Palaces, Alcazaba and Generalife. Clear, be careful: don't miss visiting hours!

Discover the major monuments of Granada

Besides the Alhambra, Granada Card guarantee entry into the main monuments of the city. The two most central: the Cathedral and the Royal Chapel, materialize the desire of the Catholic monarchs of Granada provide a Christian heart after their conquest. Indeed, monarchs are buried in the second of these temples. Like this, you can, thanks to Granada Card, contemplate the tombs traditional Spanish historiography points as the country's founders.

On the other hand, the card also includes a visit to the two city's main monasteries: the monastery of St. Jerome and the monastery of La Cartuja. Both references in Andalucía to two different architectural styles: the Renaissance and the Baroque, respectively.

And if you get tired of the XV and XVI, You can always approach the museums Modern Science Park and Museum Caja Granada, I will describe in the next point.

The Science Park and the Caja Granada Museum are two of the city's contemporary art gems. But not only that: are two interactive museums that are included in Granada City Pass and are especially aimed at children. Crowds rooms to discover science, animals, the history of Andalucía through games and interactive accessories are the main strengths of both centers. A good day in them and at night they sleep happily.

Besides that, Granada Card has a children's version, in which children from three to eleven years pay only 15,50 euros. Children under three years do not have to buy it, They will take all for free.

Now that you know everything it's just buy ticket and enjoy the city.

Want to know more about Granada, visit our post about this wonderful city in Andalucía.

And buy the card ticket Alhambra – Escape from the entry queue!

The Granada Card is good?

Depends on the type of tour you are used to doing., as explained above in the post

He feels like traveling after so many tips? The Blog TurMundial gives you even more tips to ease your travels: Want to book a hotel? Book hotels with great prices by Booking. Want to book an apartment, home, boat or even a tree house and still win 100 real in his first stay? Book all these and many other choices of places with great prices by Airbnb. Want to buy advance tickets for various attractions and tours without those huge queues? Buy Ticketbar Want to rent a car? Undoubtedly indicate the Rentcars.com it seeks the best cars and market values. You need to send or receive money to / from abroad, without paying those absurd charges of bank or exchange houses it Wise You want to avoid problems in the middle of his long-awaited trip? Hire a travel insurance with any of these companies Real Travel Insurance, or insurance Promo You want to avoid those sky-high mobile bills at the end of his international trip? And yet able to do, receive calls and use the internet? Buy an international phone chip with any of these companies: OMeuChip or with the or with the OBS: We emphasize that the responsibility for providing the services / sale and delivery of products, suppliers are described above.
CategoryEurope What to do in Spain?