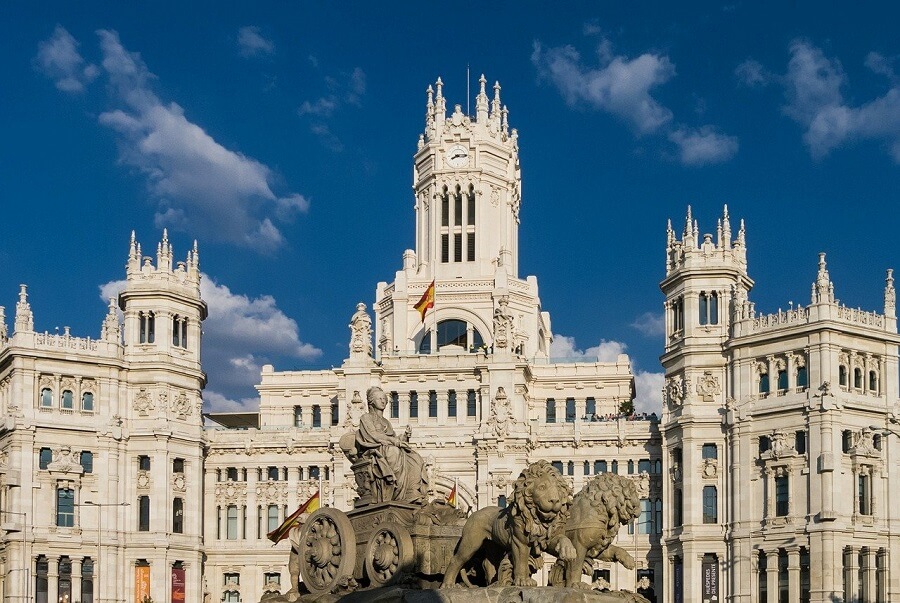 O Madrid City Pass is a tourist discount card that takes you for free or at a reduced rate to various attractions of Madrid, and provides free airport transfers and access to the city bus tour.

In addition to discount tickets to local attractions, the Madrid City Pass also offers priority access to museums and sightseeing, which means that you can save some time on your trip to Spain jumping the queue at some of the most popular city destinations

When it comes to visiting the capital of Spain, explore the history and culture of the city is an invaluable part of any trip to the city. If you want to get the most out of your trip without spending much money, the Madrid City Pass can be an excellent option for you, especially considering the attractions that you can access. To buy the Madrid City Pass we recommend buy with TicketBar.

Or that is not included Madrid City Pass?

Besides 20% off over 30 attractions

Optional: tourist travel card three days and a private airport transfers: Private transfer from Barajas airport to your accommodation + public transportation card (It includes subway, bus and train in the city of Madrid by 3 days)

A little more about the attractions of Madrid:

Residence of the ancient kings of Spain, O Royal Palace of Madrid, It offers a journey through the history of Spain. Although not inhabited by the current monarchs, the room is the official residence of the kings.

Long before Madrid is the capital of Spain, at the time of the Arab domination, Emir Mohamed I built a fortress in Magerit (name of the Arab town) to defend the city against the advance of the Christians. This building was last used by the kings of Castile until the fourteenth century, that became what is known as Old Alcazar. Carlos I and his son Philip II transformed the fortress in permanent residence of the monarchs. But in the year 1734, a fire destroyed the building and Felipe V ordered the construction of the present palace on the remains of old buildings.

The building is inspired by sketches made by Bernini for the construction of the Louvre in Paris. It is built around a square courtyard and has a gallery and a Plaza de Armas, where it is located the main facade of the palace. The decor of each room and its distribution have changed over the years, adapting to the needs of their actual tenants.

Among the more than 3.000 the Royal Palace of Madrid rooms, Principal Steps, designed by Sabatini and over 70 steps, the Throne Room, with ceiling painted by Tiepolo, The Hall of Halberdiers, the ballroom Carlos III stands The Guard Room, o Gasparini Hall, with a profuse decoration based on plant matter and recently undergone preventive conservation work, It was converted to the Real Pharmacy, that keeps cabinets for medicinal plants, ceramic containers and jars factory La Farm and even recipes that were given to the Royal Family and the Royal Chapel, which belongs to a collection of stringed instruments made by Antonio Stradivari mythical.

The Royal Arsenal and picture gallery

The Royal Armory of the Royal Palace is considered one of the most important collections of its kind. Preserves weapons and armor belonging to the kings of Spain and other members of the Royal Family, since the thirteenth century. For your side, the picture gallery shows some of the most important treasures of the national heritage, La Virgen, the son of Luis Morales, or portrait of Isabel Catolica of Juan de Flanders and Salome, with the head of the Baptist Caravaggio. Velázquez, Goya, Federico Madrazo or other Sorolla are represented painters.

The actual cooking of the royal palace is the most prominent example, preserved today, historical kitchens of European royal residences, both for its size, by complex conservation as the interest and magnitude of accessories. The entire Royal Kitchen occupies an entire side of the first basement and maintains its historic facilities, extensively renovated between 1861 e 1880, the will of Elizabeth II and Alfonso XII.

Changing of the Guard and relief solemn

The Royal Palace hosts every Wednesday and Saturday (except July, August and September and the days when an official act is carried out or the weather conditions prevent) the change of the Royal Guard is on the first Wednesday of each month the solemn relief .

The National Prado Museum is the best Spanish art gallery and one of the most important in the world. His collection of paintings covers the twelfth to the nineteenth, although it is particularly rich in paintings by European masters from the sixteenth to the nineteenth.

The kings of Spain were for centuries sponsors and collectors of works of art; therefore, the Prado there is a large collection of Spanish, flamenco and Italian, who were their domains and, to a lesser extent, French, Dutch, German and British.

The Santiago Bernabeu Stadium is the home of Real Madrid, visit the stadium and see if the museum is great for anyone who likes football.

Thyssen Bornemisza Museum with more than a thousand exhibits, the museum can admire the main schools and historical periods of Western art, Renaissance, Mannerism and Baroque, through the Rococo, Romanticism and arts of the nineteenth century. and twentieth to Pop Art. The collection also includes some movements under-represented in the collections of other museums, as Impressionism, Fauvism, German Expressionism and the experimental avant-garde of the early twentieth century.

The National Museum of Art Reina Sofía Center is the most important museum of modern and contemporary art of Spain.

His creation was organized in 1988 and inaugurated in 1990, the building of the sixteenth century, or Hospital San Carlos, erected at the request of Felipe II to centralize hospital care of the Court. This building was renovated and expanded in the eighteenth century, during or reign of Carlos III.

The hospital was closed in 1965 and declared Historical-Artistic Monument. After a restoration, initiated in 1980 and completed in 1986, the Reina Sofia Museum was open for temporary exhibitions. The final works were completed in 1988 and from the 1992 the permanent collection was displayed. Beside the Prado Museum, It is one of the most important in Europe.

The works of this museum in Madrid come from the former Spanish Museum of Contemporary Art, added to the works acquired by the museum. The collections are displayed in rooms arranged by chronology: modernism, surrealism, decade of 1930 (Dalí, I look, Torres García), new figuration, new art, cubism.

Nothing better to know a country and eat your food, and Spain is a country where you eat better world, You have to go somewhere to eat their famous tapas which are small portions of various types of food, from seafood embedded.

To buy the Madrid City Pass we recommend buy with TicketBar.

The Madrid City Pass is good?

Depends on the type of tourism you are looking for in the city, above we explain in more detail fits your profile

He feels like traveling after so many tips? The Blog TurMundial gives you even more tips to ease your travels: Want to book a hotel? Book hotels with great prices by Booking. Want to book an apartment, home, boat or even a tree house and still win 100 real in his first stay? Book all these and many other choices of places with great prices by Airbnb. Want to buy advance tickets for various attractions and tours without those huge queues? Buy Ticketbar Want to rent a car? Undoubtedly indicate the Rentcars.com it seeks the best cars and market values. You need to send or receive money to / from abroad, without paying those absurd charges of bank or exchange houses it Wise You want to avoid problems in the middle of his long-awaited trip? Hire a travel insurance with any of these companies Real Travel Insurance, or insurance Promo You want to avoid those sky-high mobile bills at the end of his international trip? And yet able to do, receive calls and use the internet? Buy an international phone chip with any of these companies: OMeuChip or with the or with the OBS: We emphasize that the responsibility for providing the services / sale and delivery of products, suppliers are described above.
CategoryEurope What to do in Spain? Tickets