Valletta, the capital of the small country of Malta

You may not have heard of this small country called Malta and also do not even know that the capital is the city of Valletta, then read here in TurMundial blog a bit more about this beautiful country, this beautiful island that is in the middle of the Mediterranean Sea. 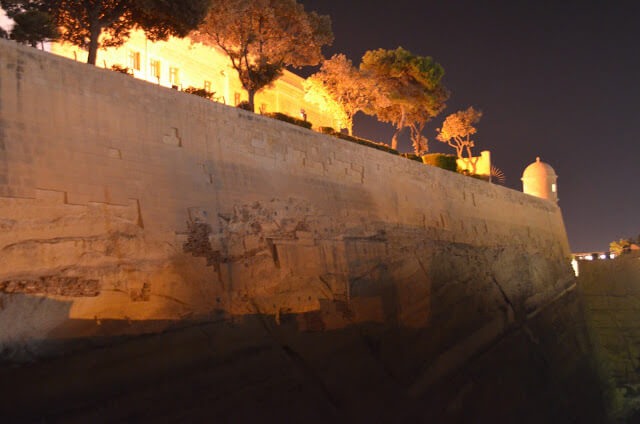 Malta is a country with more or less 400 thousand inhabitants, the median size cities in Brazil, a country that was once owned by Italy and the England, which is now independent and has as its official language English and Maltese.

We stayed in Malta 8 days, We stayed in the city of Bugibba, (we'll talk more about it in another post), We went to Valletta twice, once in the night to see the city lit up and the other during the day. 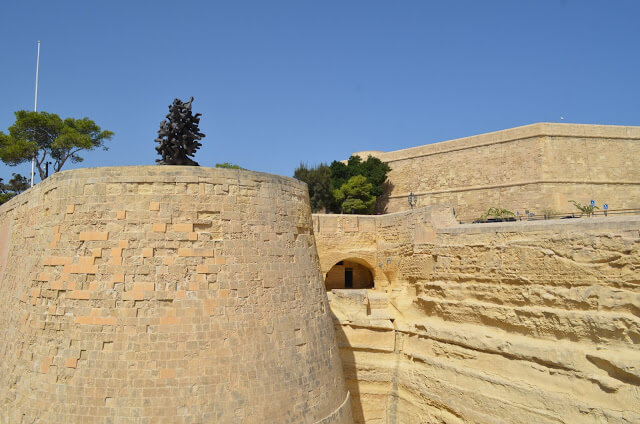 As we mentioned above, its capital is Valletta (in Maltese and English is Valletta with two ll and two tt) It is also one of the largest cities in the country, with amazing 6.300 population,rs very small right? But it is beautiful, It is close to the only airport in the country and the main port. 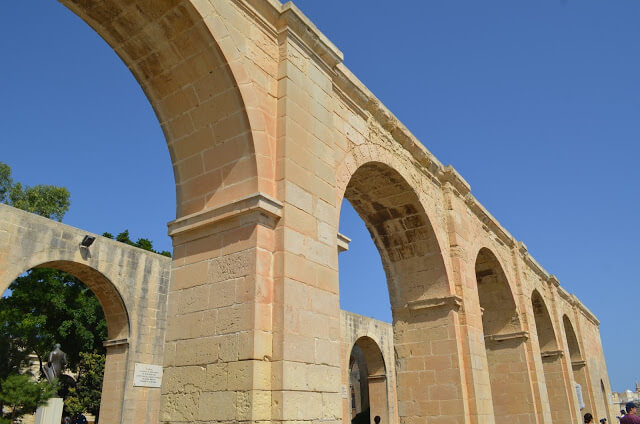 Valletta stands out for being on a peninsula, with several forts that defended the city of invasions there were many, from Turks, Romans English, there the big attraction is the medieval walled town and the capital. 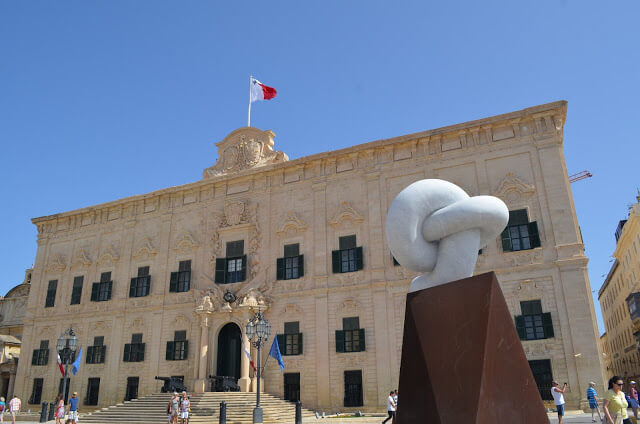 Things to Do in Valletta and what are its main attractions?

Like many medieval walled towns, very worth getting lost all over the streets to see every beautiful corner of the city. 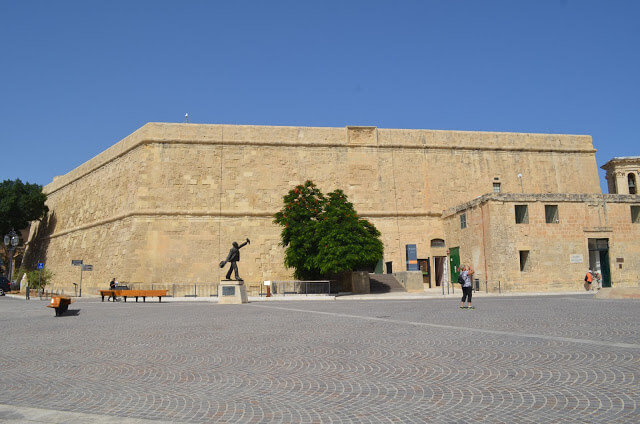 Depending on the time you get, before entering the city go 12h and 16h have an unmissable spectacle that is the cannon shot of The Saluting Battery, What happens in the park Upper Barrakka Gardens next to the old city walls of Valletta, it's good to get a 15 minutes early to get a good seat to watch the shot, the shot you can see a terrace that is the best place to view or within the Saluting Battery The, only you pay there 3 euros for, I think it was not worth paying this amount, plus I think the view from above was much better. 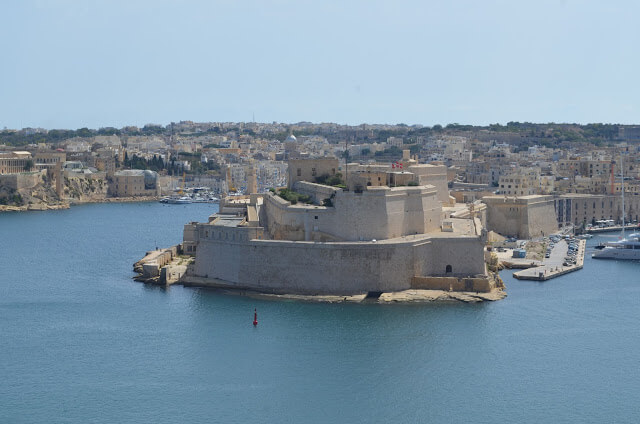 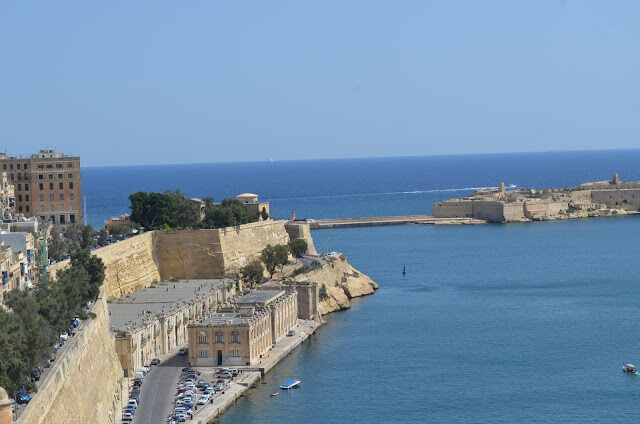 And there has panoramic elevator which leads to the base of the wall and is at sea level, and from there you can take a boat ride that takes you to the strong we speak up. The lift down but is free to move up costs about 3 euros. 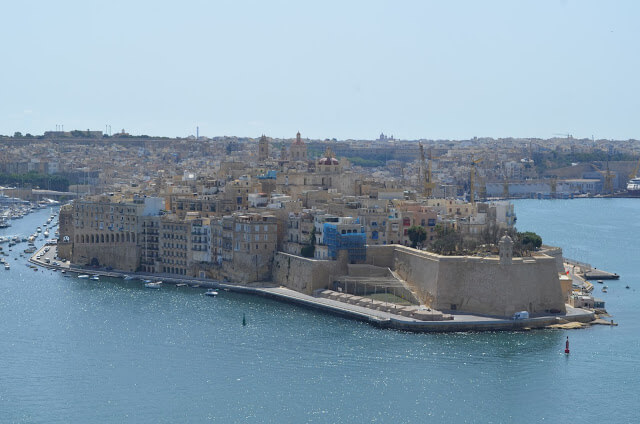 Before the town entrance has a beautiful Triton source, But this part of the city is under construction, only then could see the tip of the source.

A Entrance to the city of Valletta It is very impressive with huge walls that have next to the bridge that gives access to the medieval city. 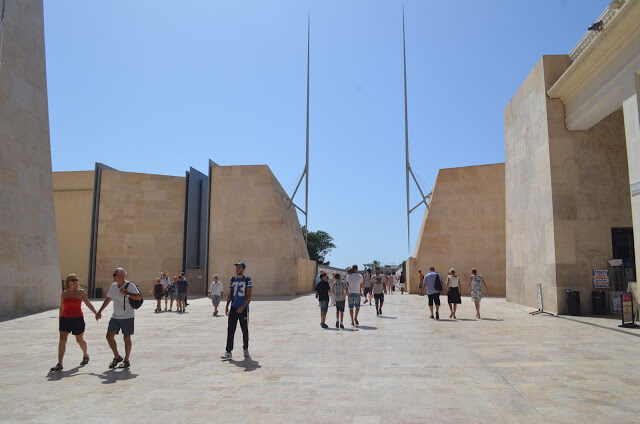 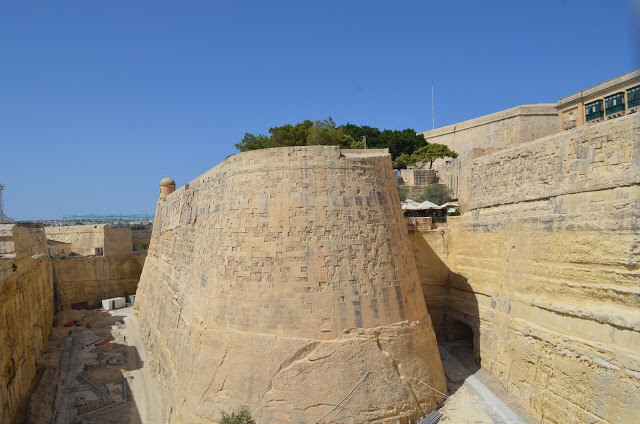 Soon after already have Parliament of Malta, a very modern building that stands out from the rest of the buildings, but it's very beautiful. 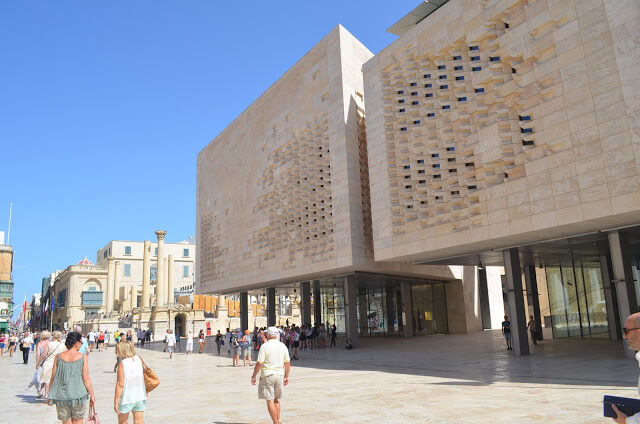 Beside the parliament has the Royal Opera House, a modern theater today, who took the old columns in a building from the Roman era, Outside the theater has ancient columns and inside is all modern. The whole of Europe knows very much enjoy the old buildings, and leave the beautiful facades and take advantage of the structure to another modern attraction. 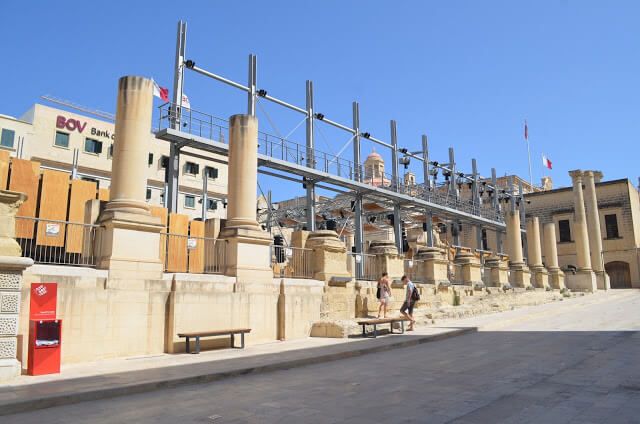 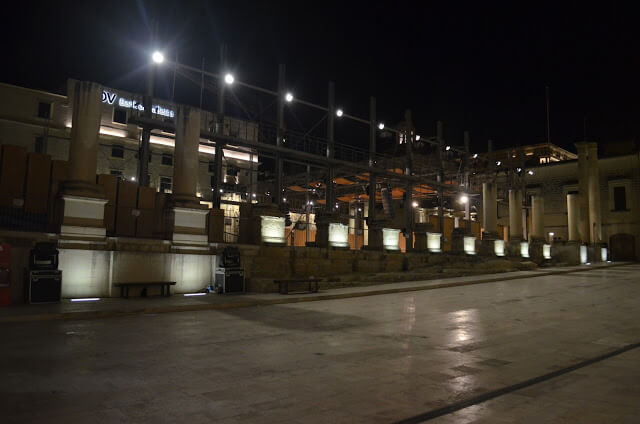 Museum of Archeology, is a beautiful building in the city also, We did not have the opportunity to enter, so we do not know if it's worth.

One of the most interesting and beautiful points of the city of Valletta is the Church of St. John better known as St John's Co-Cathedral, that out is very pretty, but inside it is that worth seeing, even paying a little expensive, 10 euros to go with audio guide included, the church was built by the Knights of St. John who had been expelled from Rhodes, It has a lot of great detail on all the walls, ceilings is up on the church floor, with several paintings, many of these paintings are covered with gold. 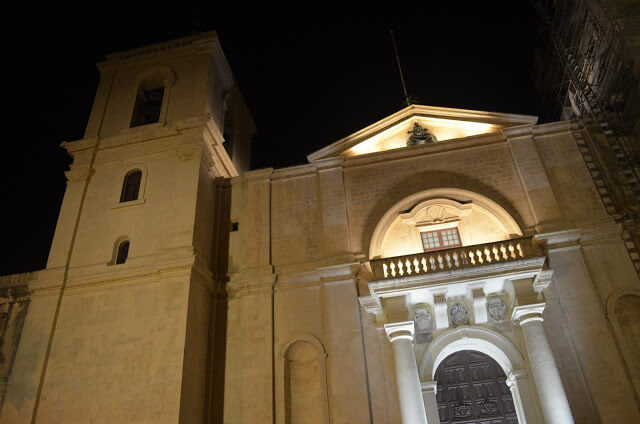 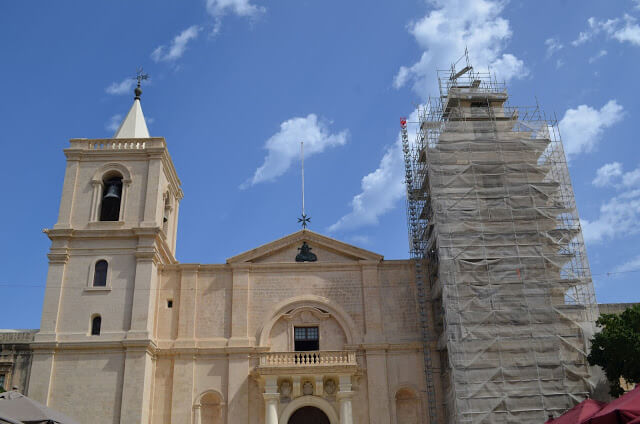 The cathedral has 8 chapels dedicated to each knight of the order among them are: Spain, Portugal, Germany, Italy… 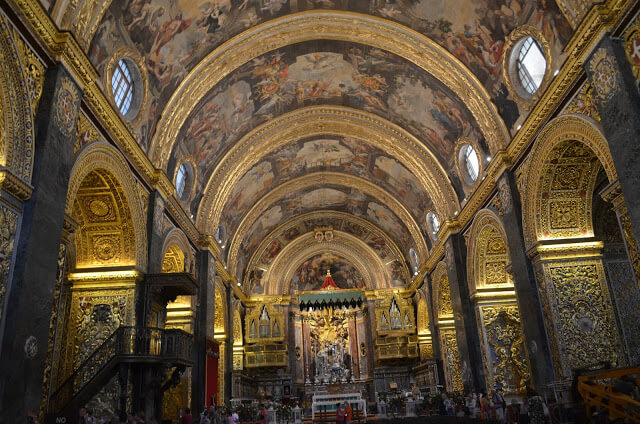 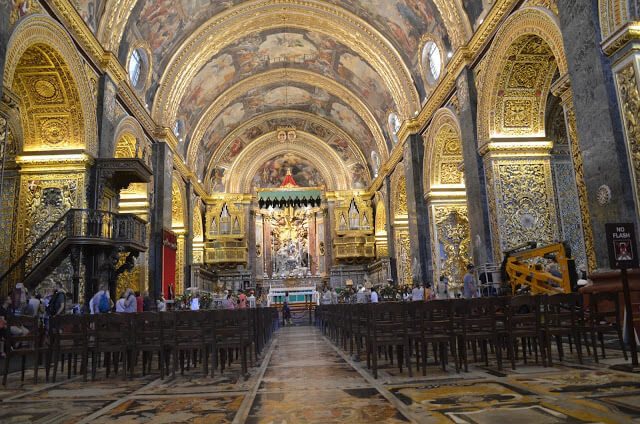 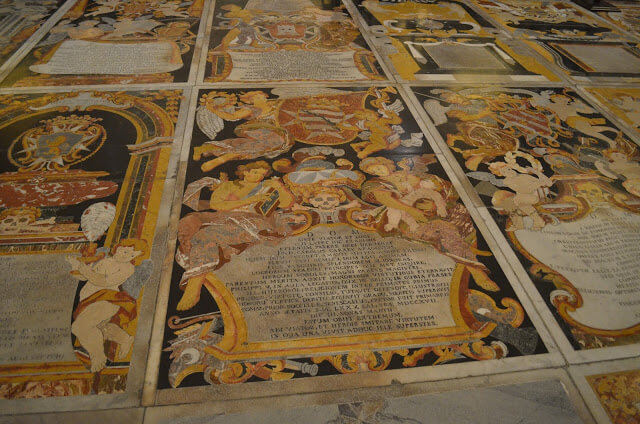 As you will be with the audio guide book of 1 a 2 hours to visit this beautiful church. 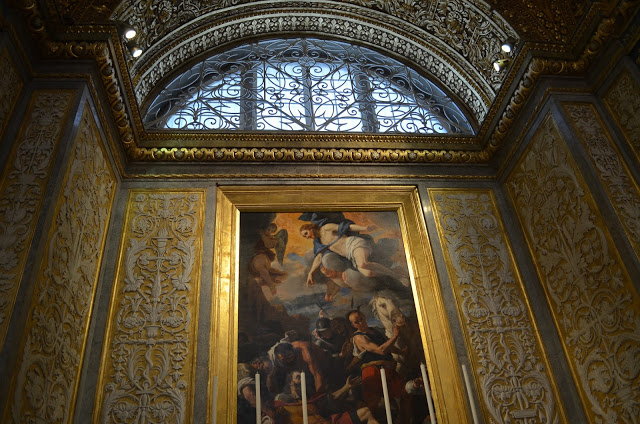 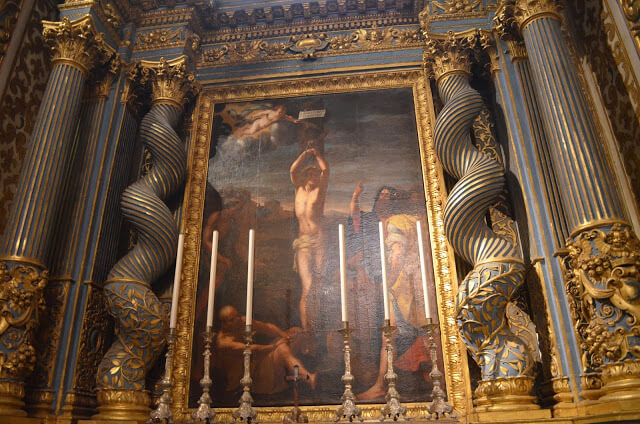 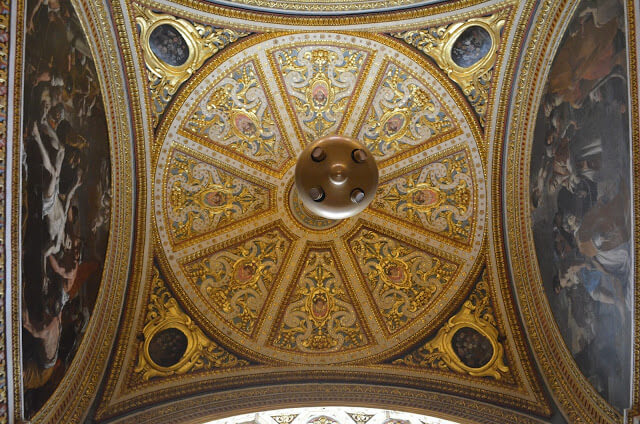 Continuing our way through the medieval streets of Valletta arrived at St Square. George, where are Grand Palace which is also home to the country's president, both the square and the palace are wonderful places. 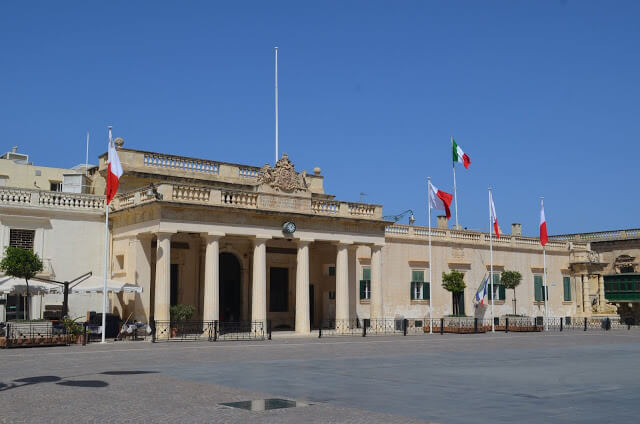 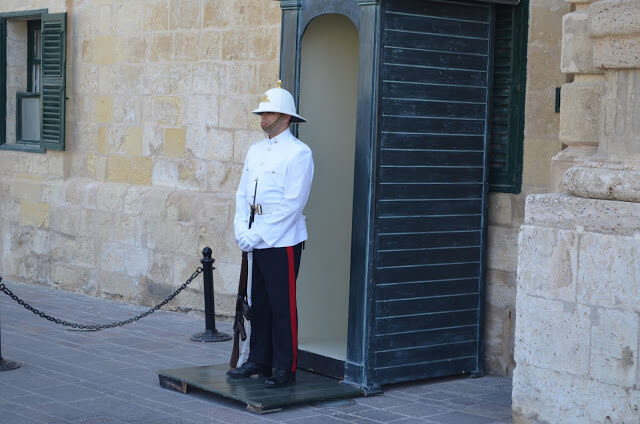 Outside the walled city is the Fort Saint Elmo, which is more beautiful to see out, by the sea should also be very beautiful, next to the fort is the National World War II Museum, We did not visit the museum, but a friend of ours who was worshiped during the winter. 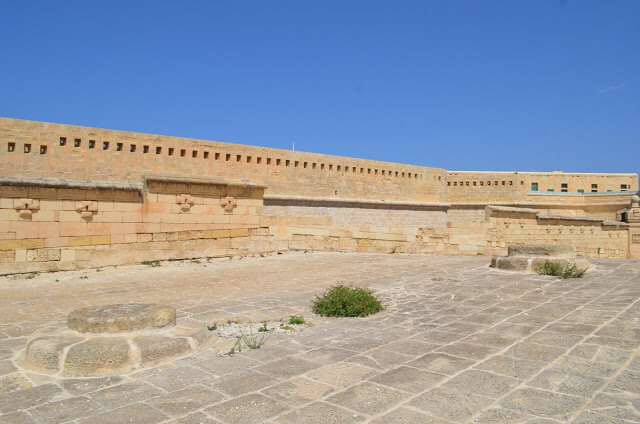 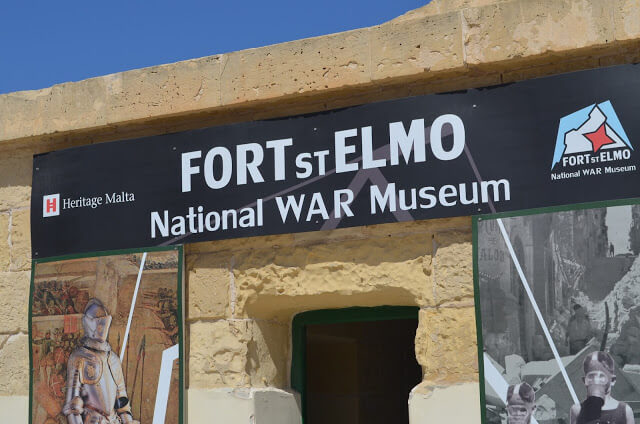 Also outside of the city is the Bell Memorial World War II (Siege Bell War Memorial), there as well as in the Upper Barrakka Gardens has a beautiful view of other cities and forts that are across the sea arm. 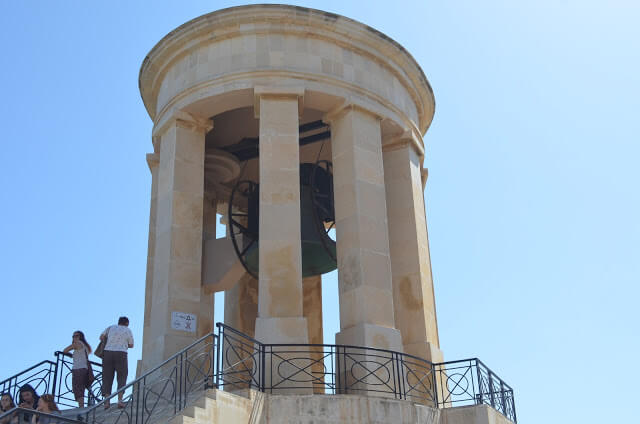 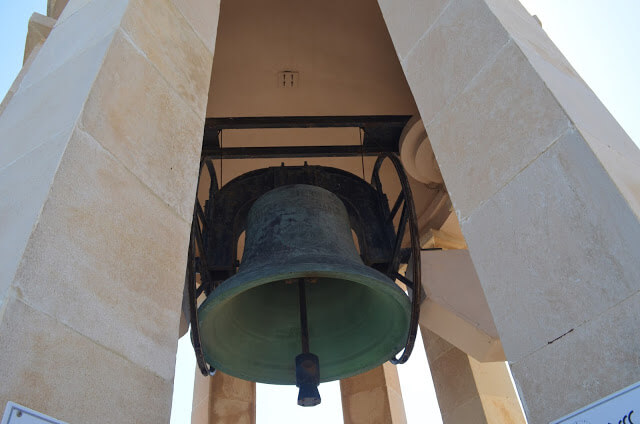 We were by car on this trip and Valletta and surroundings are one of the places in Malta have to pay to park on the street, so we left the car in the MCP Car Park parking, that after the 15 for a period of hours 8 hours only pay 3 euros. But even in the morning out quite cheap, we each 4 and only spend hours 4 euros. 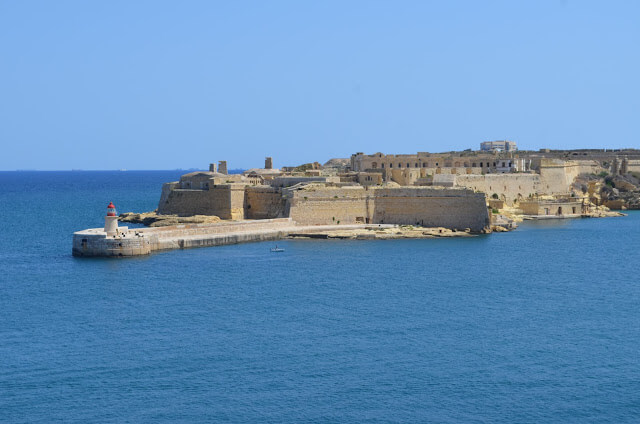 In these next few weeks we will tell more about our fantastic trip Malta.

Getting on Phi Phi Island, in Thailand?