May 27, 2019 0 By Christian Gutierrez and Priscilla Gutierrez

If you are like us who like to travel and, also attended the Game of Thrones series, You will love to take a trip to the scenarios of the eighth season of Game of Thrones and youre series, ranging from medieval towns, museums, to snowy landscapes Iceland, where the last part of the series was filmed.

We have visited some scenarios used in other seasons, as the road of trees (Dark Hedges) na northern Ireland, Dunluce Castle (Dunluce Castle) Also in Northern Ireland that was the inspiration for one of the series of castles, the medieval town of I Mdina Malta and as Dubrovnik na Croatia. 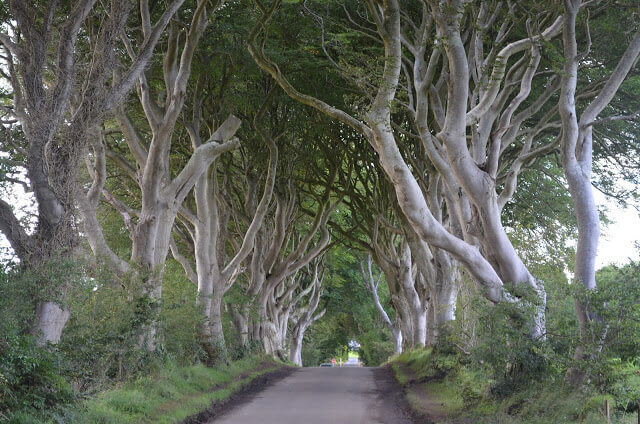 In the eighth season, some of the series of scenarios are:

We begin our review of the places where the series was filmed the eighth and final season of 'Game of Thrones’ with Moneyglass: a city of just over one hundred inhabitants of Antrim County, no Ulster (northern Ireland), the series literally put on the map. Here the filming of Winterfell were made, after filming some scenes from the Stark house in the gothic architecture of Ward Castle, on the shores of Strangford Lough. The tour of Northern Ireland website offers routes, experiences and trails (Cycling to medieval banquets) to know the main scenario of a story that has attracted millions of viewers around the world. We spent there car on a road map we made for Northern Ireland.

Tollymore, located in Bryansford, near the city of Newcastle, It was the first state forest park in Northern Ireland. Through woods through garden, with views of the mountains and the sea, and crossed by the river Shimna (with 16 bridges that cross it, the oldest of the eighteenth century), It is the Enchanted Forest, In addition to the World, according to the particular geography Westerosi. It is an important place, where the first season were shot, when Ned Stark and his sons know the wolf cubs.

This place lacked a visit, actually did not enter time in the museum, to Queen Elizabeth II 2014, We visited the Titanic Studios in Belfast, former shipyard converted into film studios where the interiors of this series are filmed; A curiosity is that she refused, uncomfortable to sit on the Iron Throne, full of swords, where the King or Queen of the Seven Kingdoms of the West sit in the best possible way. The King's throne is located in the Paint Hall, a huge ship where the ships were originally painted, and now contains almost studios 1.500 square meters each. For obvious reasons, the facilities are not open to the public. Sim, there is a tourist bus that goes to the Titanic Quarter, Belfast's vibrant cultural center, around the harbor, where the Titanic’ It was built, from there he went to England and then sank a maiden voyage to the United States, the museum and the site worth visiting. 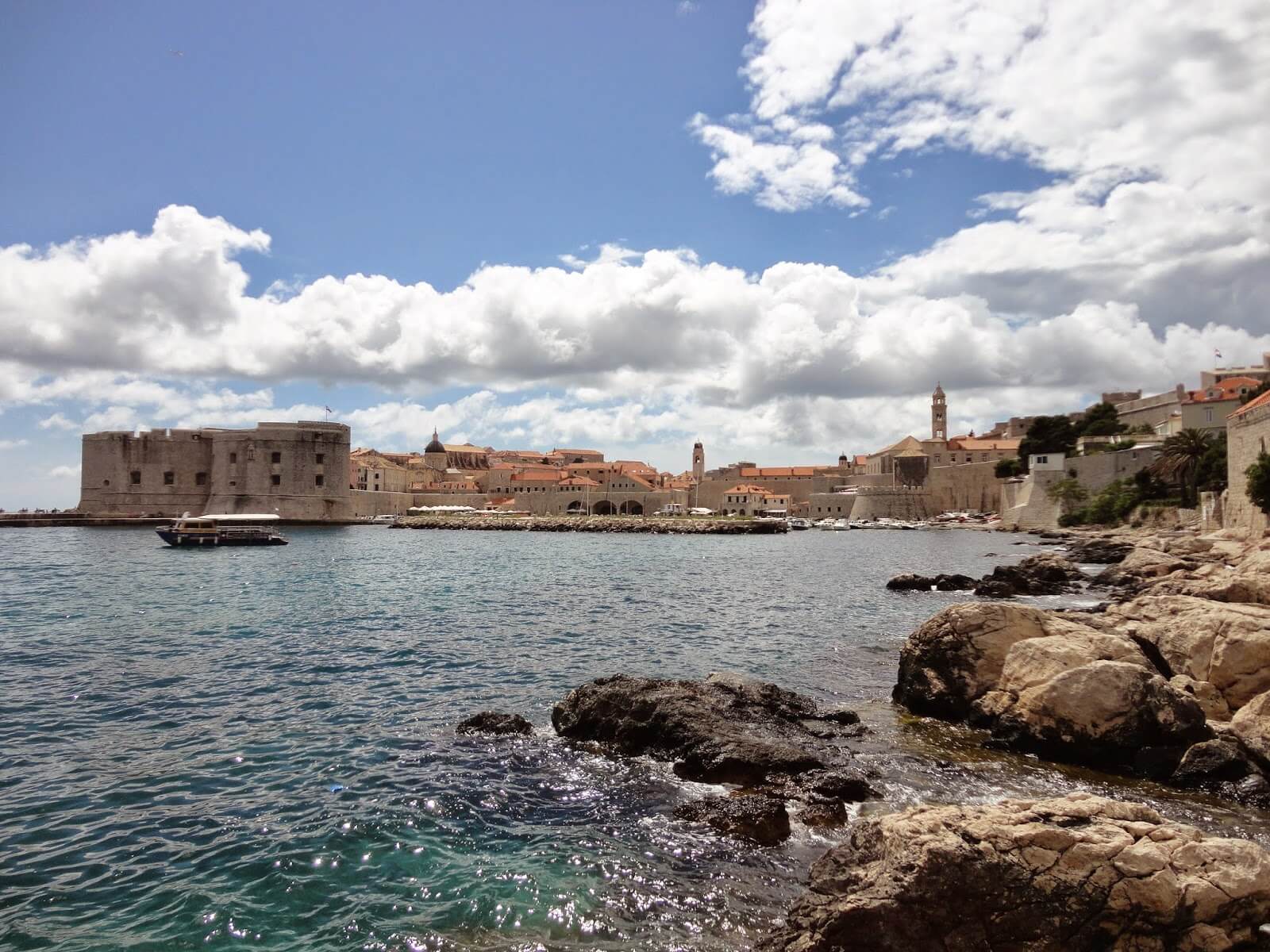 Dubrovnik, UNESCO World Heritage, architectural richness, cobblestone streets and an impressive array of walls overlooking the Adriatic, one of the most beautiful medieval cities in Europe that have visited, it is one of the most known places of 'Game of Thrones'. Lovrijenac (San Lorenzo Fortress), located a few kilometers northwest, on a cliff 37 meters high, It has become a key part of the plot: Red is the Port Royal Fortress. There are several tours to trace the characters of the series through the city twists and turns; For example, the visitor can enter the Old City through the same door through which Jaime Lannister returned after losing his right hand. The remains of a Benedictine monastery in the small, wooded island of Lokrum (a 10 minutes by boat from the old port) house a replica of the Iron Throne.

5. The Battle of 55 nights
Magheramorne quarry and Toome (northern Ireland)

These two sites, at least, the great battle of the eighth season was filmed by 55 nights. The landscape of the quarry Magheramorne, rough and windswept, boasts a recreation of the exteriors of Castle Black, while its cliffs staged the Wall in former times. Those responsible for HBO ensured that the film assembly mounted in this city of County Antrim, within walking distance of Belfast, It will be open to the public after the completion of last season, as a legacy of the series. Nearby is the small town of Toome (or Toombridge), near Lough Neagh, the country's largest, with your 30 kilometers long and 15 width.

The Archaeological Complex of Italica dates back to 206 aC, when General Publius Cornelius Scipio defeated the Carthaginians in the Battle of Ilipa (Alcalá del Río) during the Second Punic War and established a detachment of legionaries on the hill of San Antonio. O Roman amphitheater, the layout of the streets, remains of houses, public buildings, art objects and utensils of daily life survive today. all converted, by work and grace of 'Game of Thrones', a huge building set in the Hill Rhaenys, em Landing of the King, where the Targaryen dragons kept their. He has appeared in the last chapter of the seventh season, as the setting for the meeting between Jon Snow key, Daenerys Targaryen e Cersei Lannister. in the eighth, repeats. 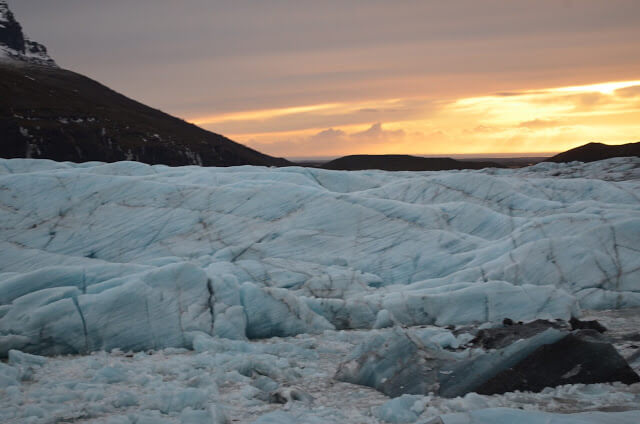 In February 2018, the crew and the team returned to Iceland, to undisclosed locations in the country that embodied the land of Beyond the Wall. The only thing that happened was that they filmed for a few days and were looking for snow, a lot of snow. Kit Harington e Emilia Clarke (who play Jon and Daenerys) They posted on your social networks a photo in which they appear, smiling, on a white and unspecified place. We just have to explore possibilities of the frozen nature of the country view for seven seasons: tourist and beautiful point of Dyrholaey, with an island of black sand and a cliff at the end of the beach; Stakkholtsgja, a place among piles; glaciers and Myrdasjokull Gígjökull; Kálfastrandarland Vogar, with Lake Myvatn; Námaskarð, and their sources.

Muo, city ​​on the banks of the Bay of Kotor in Montenegro

Screenplay by Montenegro, what to do in the country?