Vienna is the capital of Austria, bisected by the River Danube, located to the Northeast, It was founded in 500 a.C.

The city is well known for Music City festivals and for being the hometown of many musicians, writers and composers (stands out Schubert, Strauss, born in Vienna, Mozart e Beethoven, they lived) the days we were in town, We were very fortunate to see and hear some concerts and shows.

One in particular, we very wonderful, It was on the first night we arrived in town, We went out for dinner, (in an Indian restaurant awful but ok, then tell you more about it) then we went sightseeing and as we were very close to the cathedral, We decided to go there to meet, suddenly when we arrived we were surprised by an amazing concert, with the cathedral all lit up and detail FREE!! 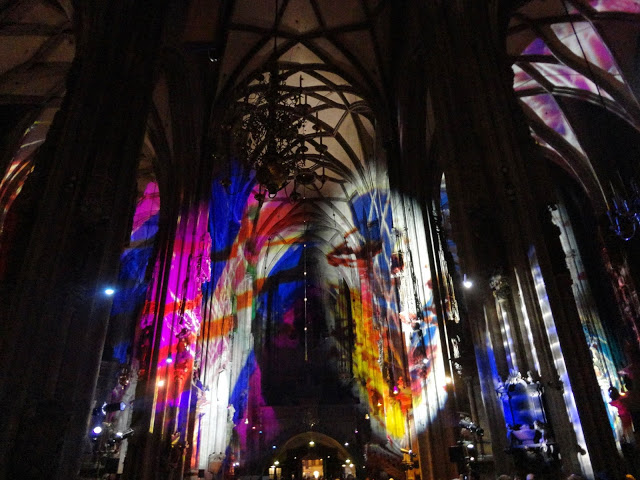 We heard beyond the coral that it was a maximum, a musician playing the church organ music, gigantic those, that we thought that no one on the planet to be able to touch it, was TOO!!Below are two videos that we share with you, for you to have a small taste of how exciting it was, in my opinion it was one of the points of peak Vienna.

Another very important thing in the city are the Palaces and two stand out, one is the Schönbrunn Palace (Buy your tickets in advance to secure your entry) and the other is the Hofburg Palace, as well as very beautiful these palaces are sought after because of the story of Princess Sissi, we did not know in which of these was the Museum of Sissi, we wanted to go anyway because everyone commented a lot and we only find the right place, after going on the first day at Schönbrunn Palace and find it was not there lol. 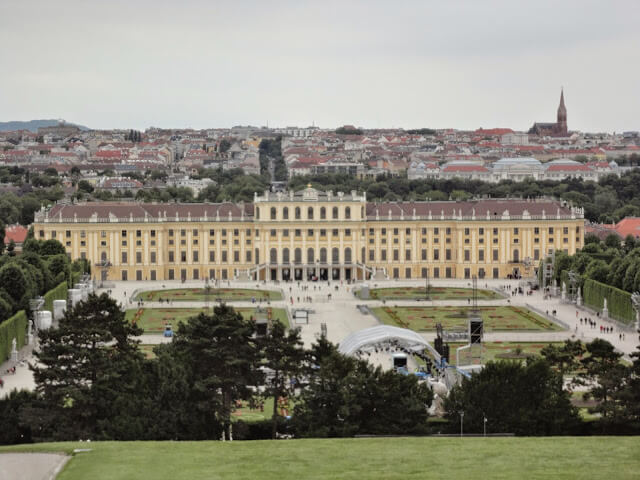 Things to Do in Vienna and what are the main landmarks

No Schönbrunn Palace (known as Versailles Palace in Vienna), You are further away from the city center, but it is easily accessible by subway, It was the summer palace of the families that reigned in Austria, in the palace there is a beautiful garden (was the most we like the Versailles) to sources, forest, train sets for sightseeing, some monuments, to a zoo with bear PANDA lindooo (We did not go to the zoo), but this is not the Palace Museum Sissi. 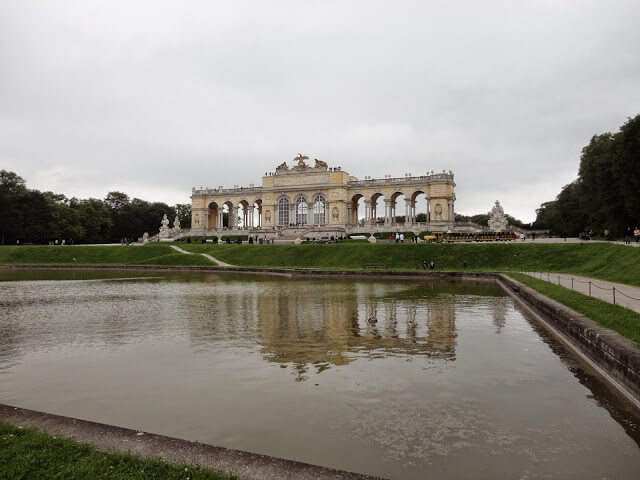 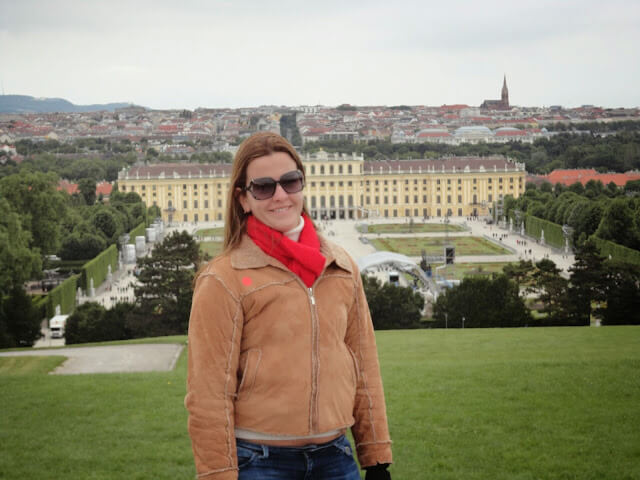 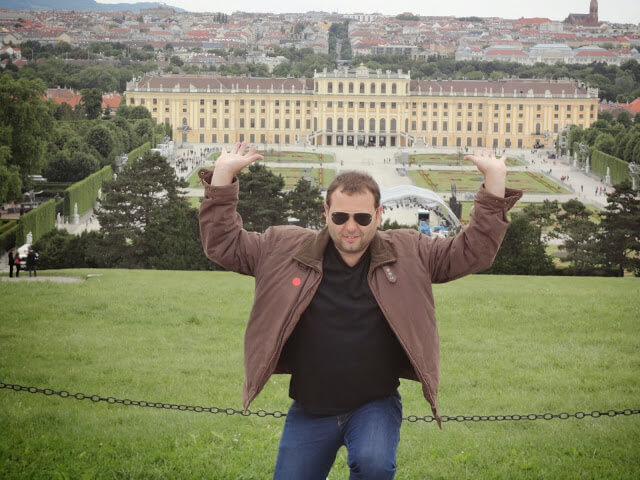 Hofburg Palace, It is right in the city center, Palaces looks like a condominium rsrs there are several palaces within a complex, the terrain is immense, Here is the famous Museum of Sissi (finally found him), a statue of Mozart, the Spanish Riding School, the office of the President of Austria, the Congress of Vienna. At the Museum of Sissi, are all objects used by the monarchs of the time and also tell the story of Princess, worth is pretty cool. 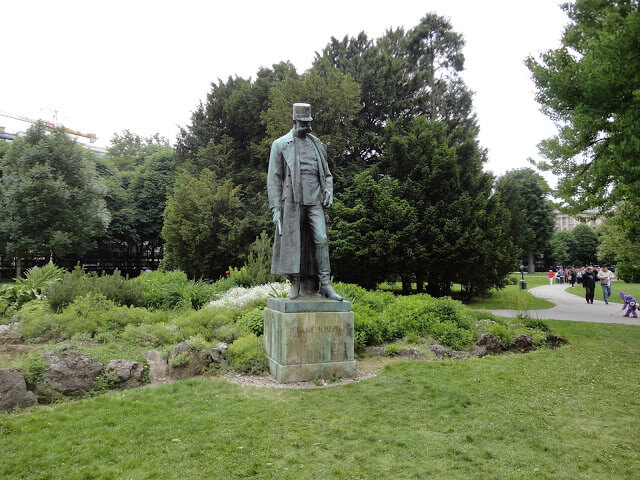 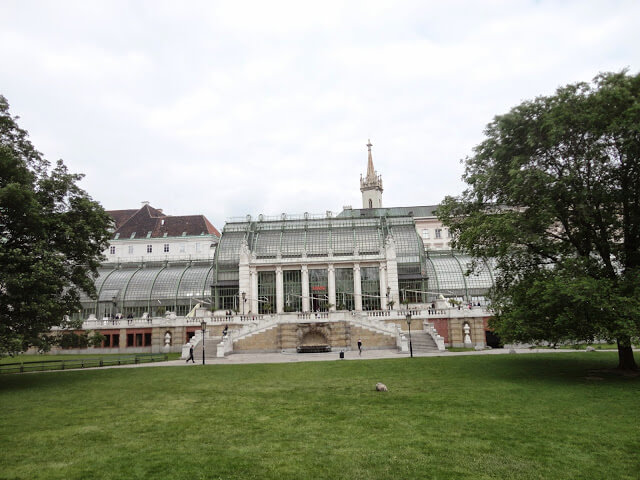 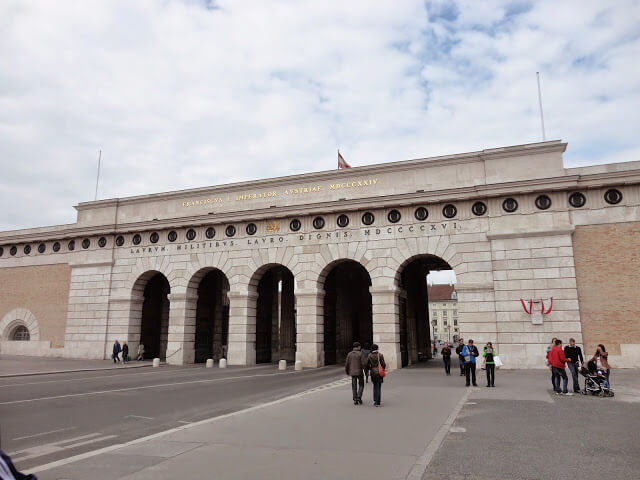 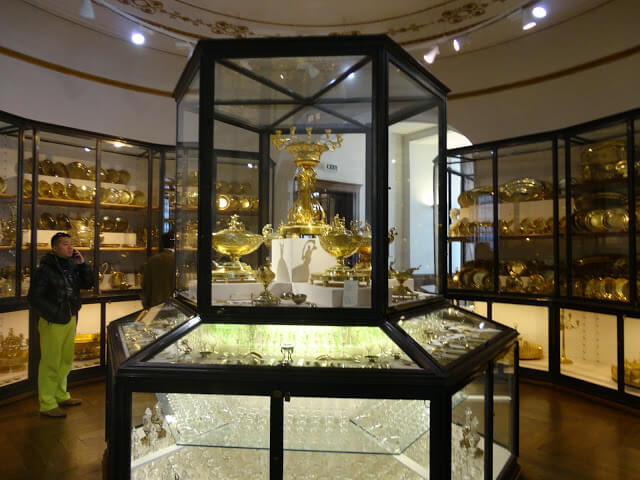 There are several options to get:

By airplane;
boat, as we mentioned above not post, You can reach by boat to Vienna or leave by boat to nearby cities;
By train, It was the option we chose, the trip was super quiet came from Prague, bought tickets for TT Operator, just was not very nice we take a European within our wagon, I think she did not shower was a 100 one thousand days, It was hurt to the eye!! We had to stay most of the trip on the train restaurant, it was impossible to endure!!

Not remember any good restaurant to indicate in particular, but overall we ate well in the city without problems (their food is very reminiscent of the German food) with food, we only had a problem, I'll tell you now.

On this trip we had already gone through Prague and Frankfurt, but I'm crazy about German food (or at least I thought it was, because I always ate in the German restaurants in Brazil) and I wanted to eat a dish called paprika schnitzel, but we had not found this dish or in Frankfurt (Germany) lol, where the unexpected happens, We find a restaurant that had a menu on the door and it was written paprika, suuuper was happy and decided to go to eat, Chris began to feel strange because it was an Indian restaurant, but my will was such that he was sure it would work lol and did not care for detail there is a condiment called paprika and any dish could put paprika, when they reached the giant dishes and super food reddish think and now??? Needless to tell that the food was mega spicy, a mess and it had nothing to do with this dish that I love, summarizing eat badly and was the most expensive restaurant in Vienna, but it was the only bad experience of the trip. 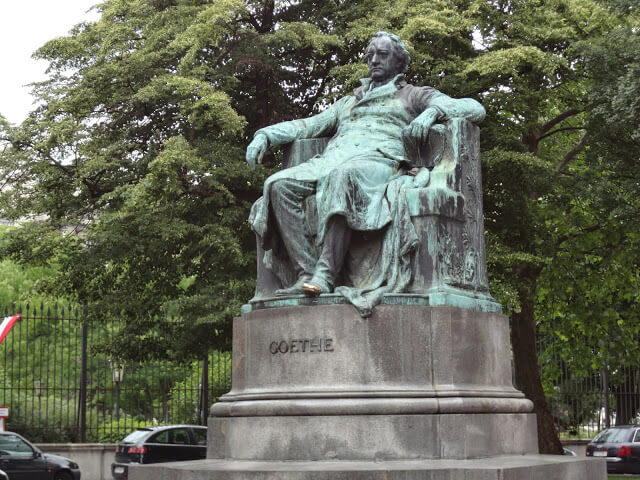 Where to stay in Vienna

we stayed at Ibis Wien Messe great hotel, good location, wi fi no lobby do hotel, great price, a wonderful breakfast, even though Ibis had what for them should be common, but here not so much for breakfasts, alleged Parma, brie hmmm a delight, in esbaldamos and super recommend. In the building next door has the Ibis budget Wien Messe which is even cheaper (but we did not visit). 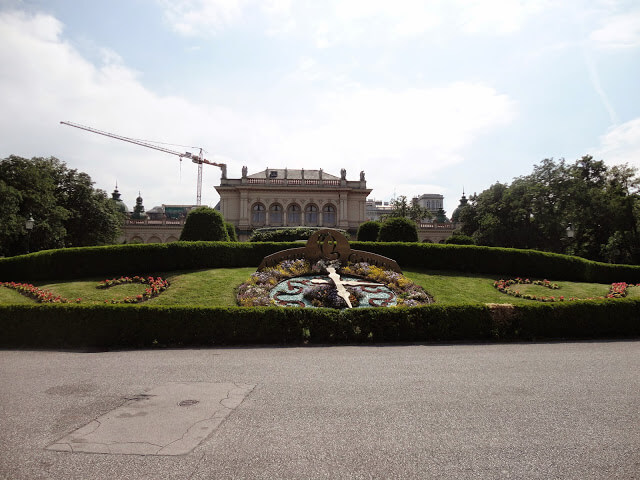 What are the major tourist attractions in Vienna. 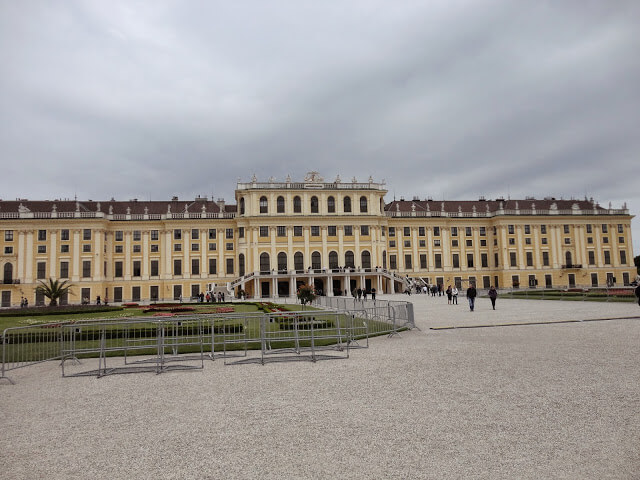 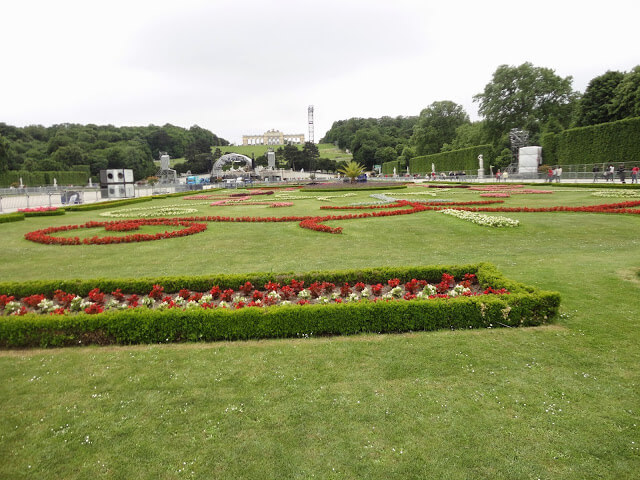 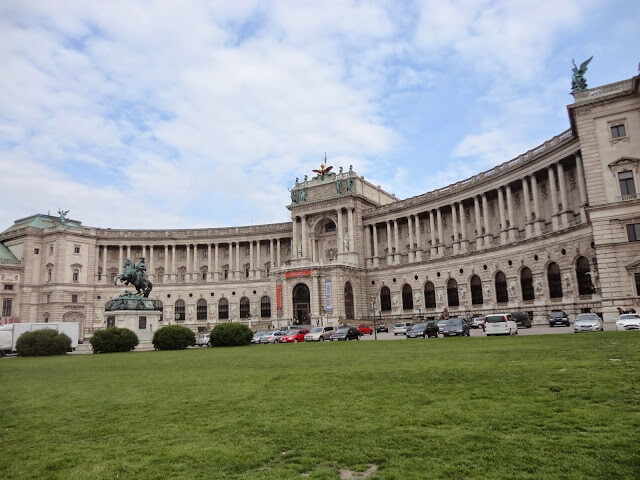 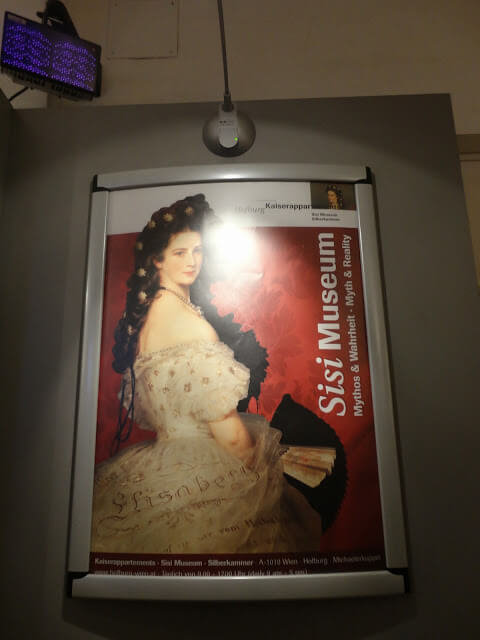 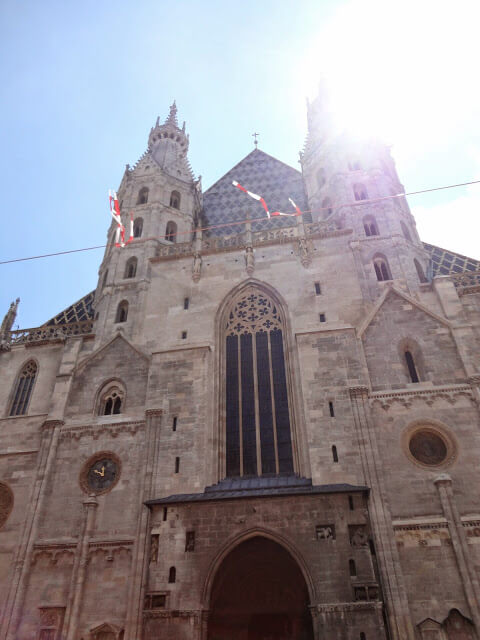 Belvedere Palace, that we did not, but if you want might purchase tickets in the TicketBar 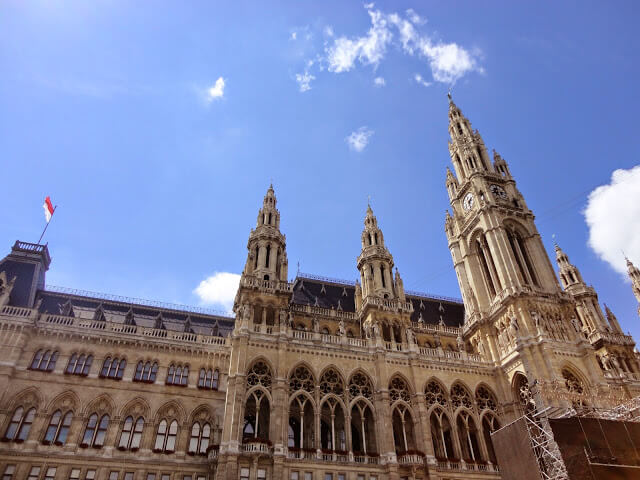 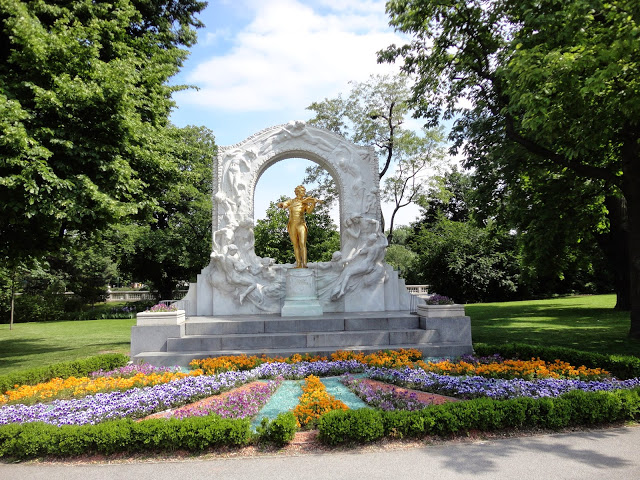 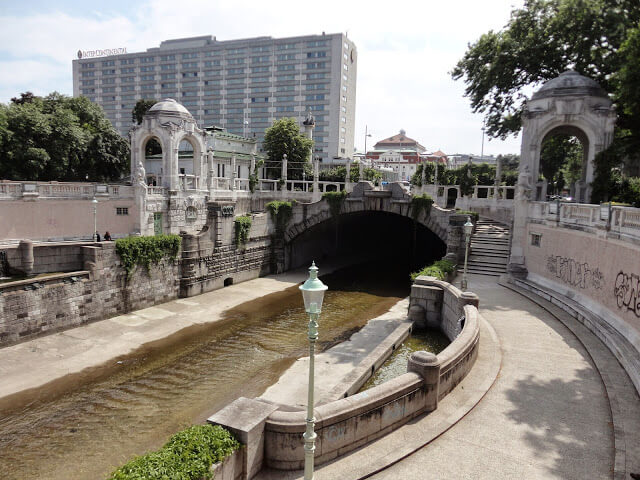 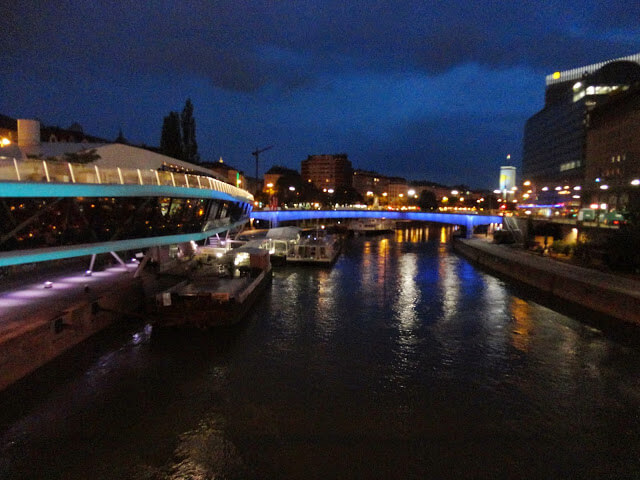 Prague, one of our favorite