A the Croatian capital Zagreb and Zagreb It is located in the center of the country and away from the beautiful coastline, It lies between the bank of the Sava river and the hillside Medvednica, It is the known part of Europe for Eastern Europe.

Zagreb It became the capital of the Croatia after the separation of the former Yugoslavia, for a long time there was a war among them Bosnia and Herzegovina. 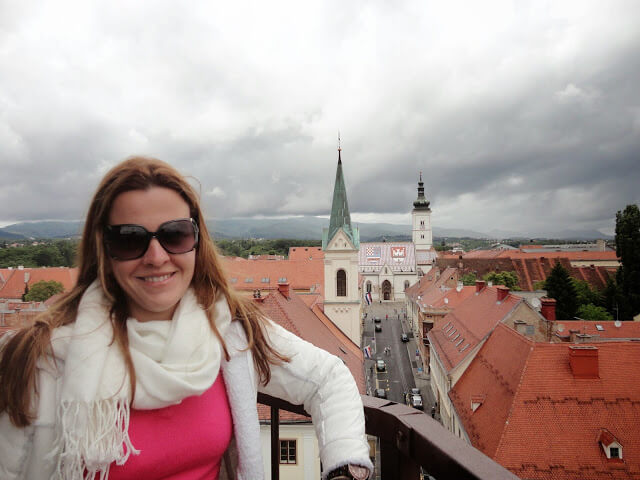 On this trip happened a few things "different", one of them was that our train (We were coming from Budapest) It was diverted to immigration and thus lost 2 hours, therefore the train stood in a station X, immigration police arrived to remove five train, because of this stop I had our passports stamped with an icon little train, something new for us. With this delay we arrived too late to the city and moreover, was a holiday everywhere in the city were closed and we had no dinner, luck was that we found a market of these immigrants and we could buy some snacks. 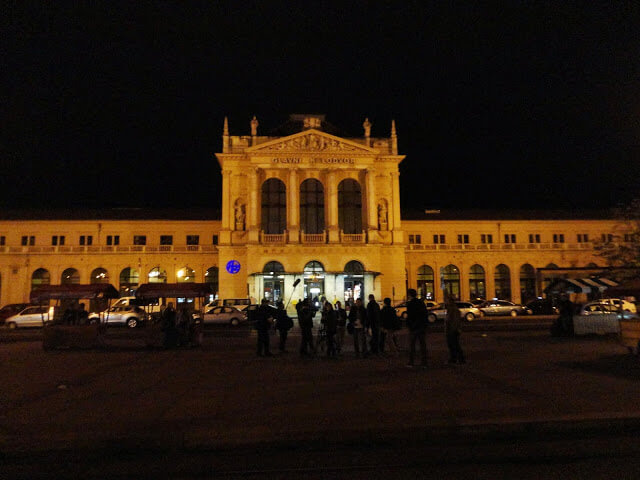 Do not waste time in this town, He has a few things to do, we slept there only 2 nights, We use base to go to the amazing places we've ever written in previous posts Plitvice National Park, Split e Dubrovnik.

Oh I forgot something, during the train ride (Budapest x Zagreb) I managed to convince the Pri (my wife, he was afraid) that we would have to hire a car in Zagreb to continue the journey, I recommend everyone to do the same, in Croatia the best way to travel is by car, this happened thanks to three Korean tourists who were in the same car than ours and started to talk to us and told they would do the same trip to the park and car coast. 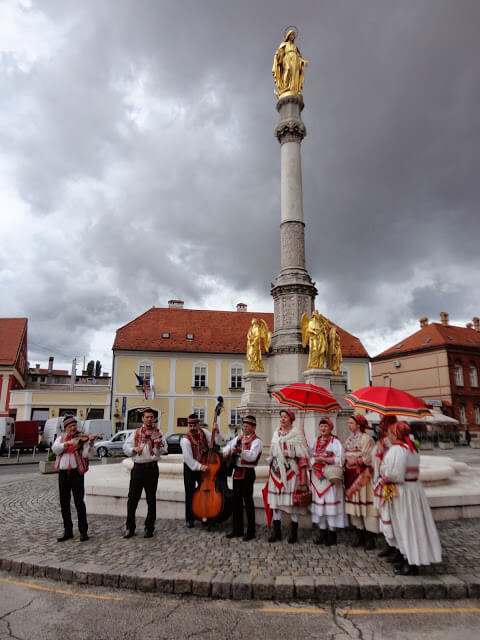 I remember another story, we were in a cafe eating ice cream and suddenly the TV was going through the novel "Avenue Brazil", strange to see these our productions in another country with funny dubbing. 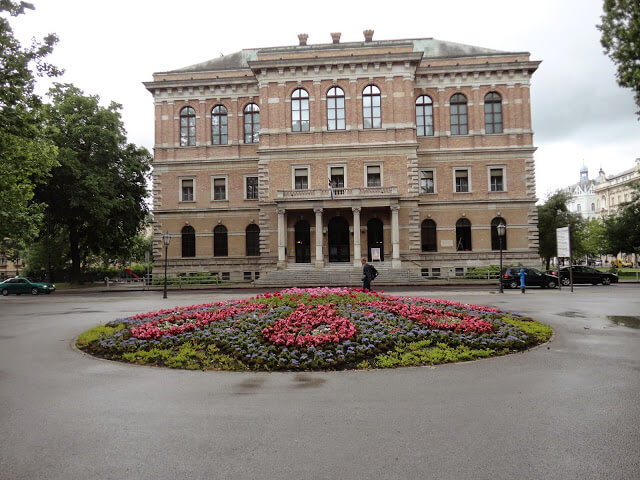 How to get
There are several options to reach Zagreb:
By airplane;
By train, as said above this was our option, because it was very cheap, these train tickets bought with TT Operator, best site in our opinion, to buy train tickets in Europe.

No Hotel Central, the hotel is good, It stands in front of the train station, It has free Wifi and is right next to the city's tourist sites (up because the city is very small). A strange thing was that our room had an iron pillar in the middle of the room, we die almost hitting his head, going to the bathroom at night and it looked like he was there to make pole dancing, we saw no meaning in today. lol

Things to Do in Zagreb and what are the main tourist attractions in Zagreb. 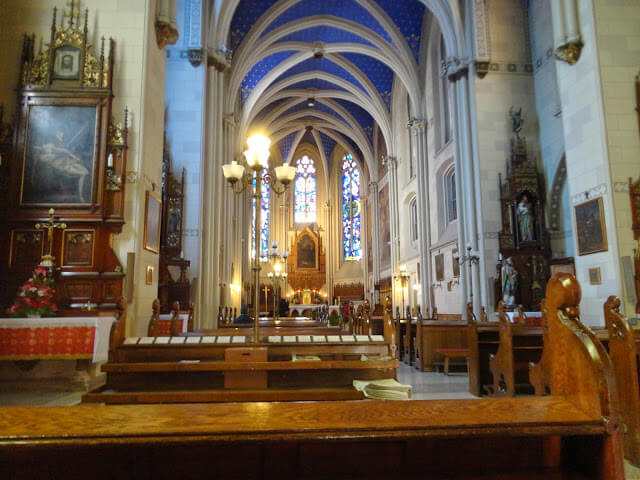 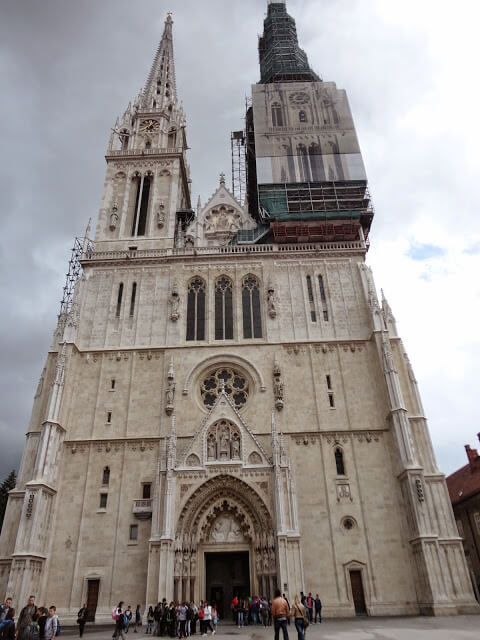 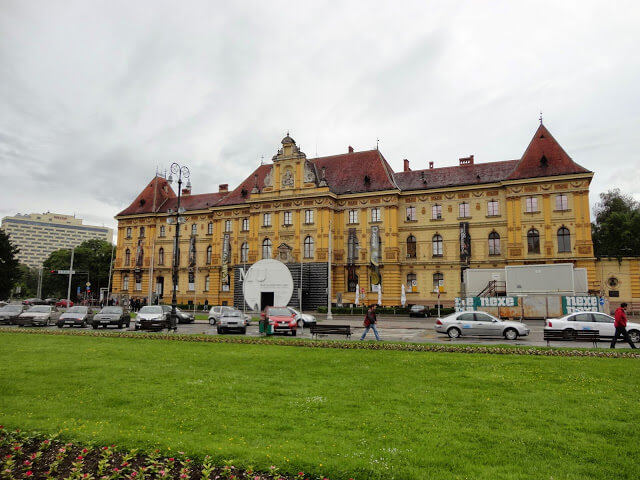 Square or Central Ban Jelacic Square, that location passes the city's little band for the shift change of the guard, inadvertently we saw the band and the changing of the guard, was pretty cool. 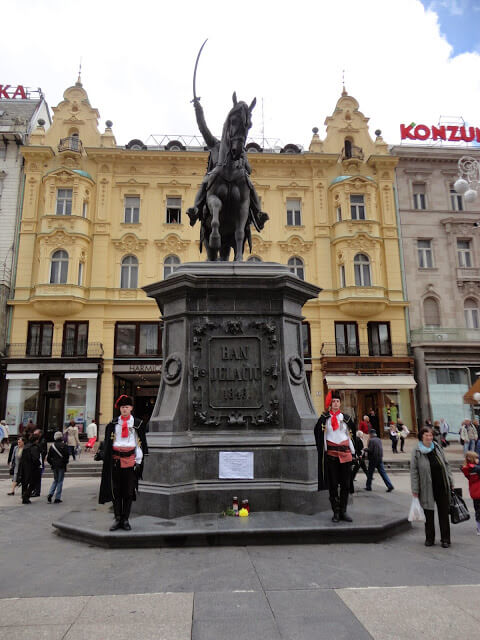 St. Mark's Church, famous picture by having the arms painted country on church roof (1º photo of this post).